A patch without a quick blue post update about disabling something temporarily due to bugs/crashes wouldn’t be a proper Hearthstone patch!

This time it’s about Tarcegosa – the Tier 3 Dragon keeping all the enchantments from combat. The minion has been disabled temporarily while dev team investigates crash issues. I’ll post an update once they figure it out! 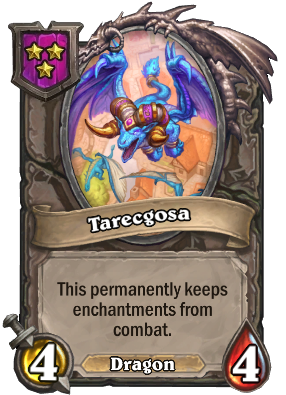 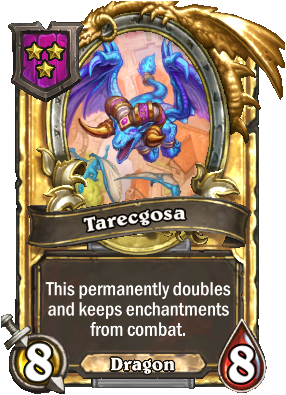 Hey all, we’ve identified an issue with Tarecgosa which is causing crashes in Battlegrounds. We’re temporarily disabling the minion while we investigate a solution to the problem. We’ll update here when we have more information.