Update: Last chance to buy them!

Hearthstone shop just got another update (those are becoming really common lately). Medivh is no longer available to purchase, but Blizzard has decided to bring back another skin – this time it’s Sir Annoy-O.

The Hero was first available for purchase during Hallow’s End 2018, and it’s the first time he has re-appeared in the shop. You can get him for $9.99 or 1500 Gold, but unlike the previous Hero portraits, he doesn’t come with any extra card back. 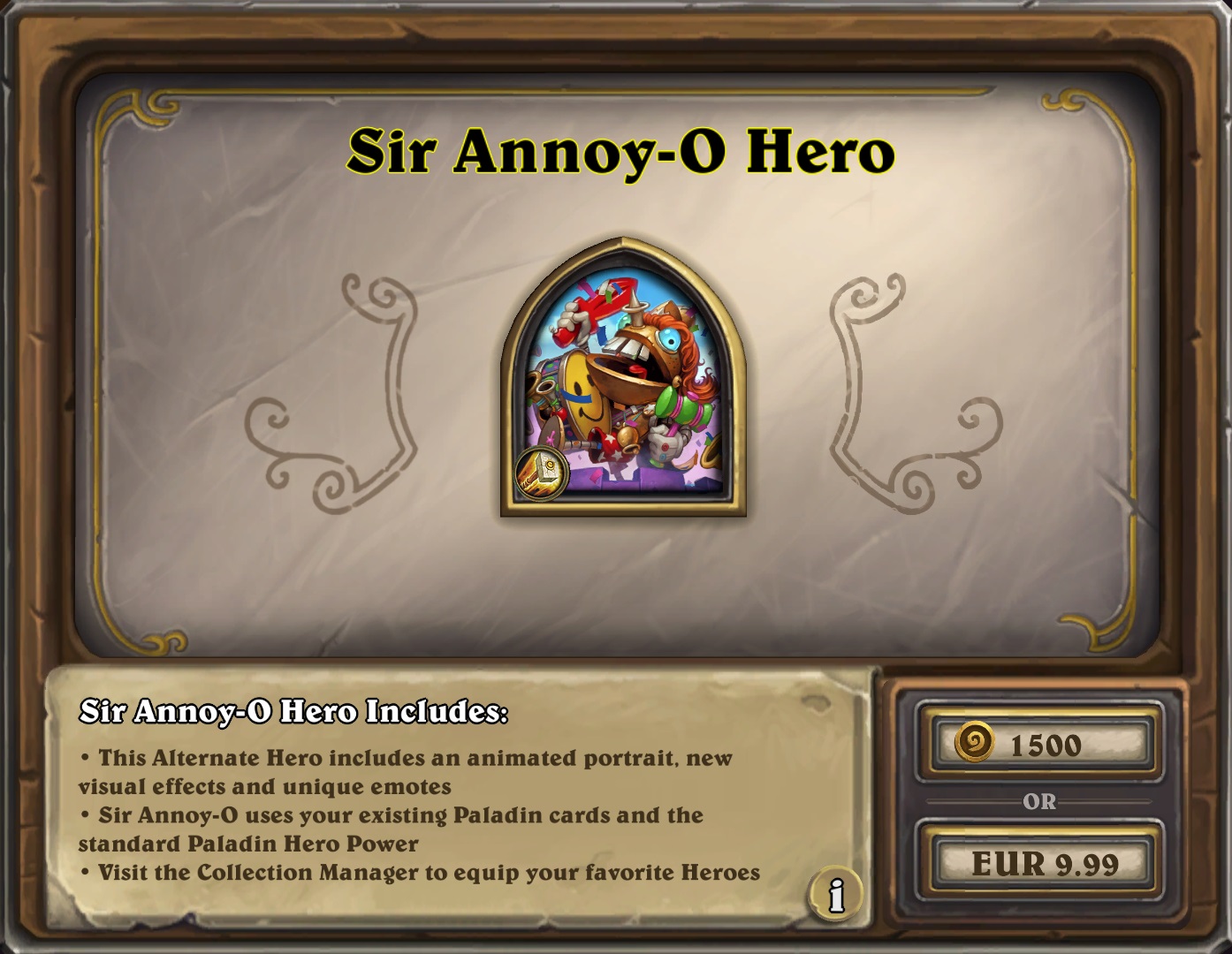 Another item that became available in the shop is Crossroads Bundle. You can buy it for $19.99 and here’s what it gets you:

To be honest, it’s a pretty good deal. Packs are priced at $1 per pack (which is usual for bundles like that), and while they mostly contain sets from last year, we’re right after rotation, so they will remain in Standard for another year. All three expansion contain a lot of powerful cards, so you have a decent shot at some nice pulls. However, two extra Forged in the Barrens Legendaries is what makes this deal pretty good. In the best-case scenario, you save yourself up to 3200 Dust because you won’t need to craft them – in the worst case scenario, you can always disenchant them for 800 Dust (or just keep around in case they see play – remember that Barrens will be in Standard for two years).

Both deals are purchasable in-game or through Battle.net store, and are available for two weeks (through April 26). 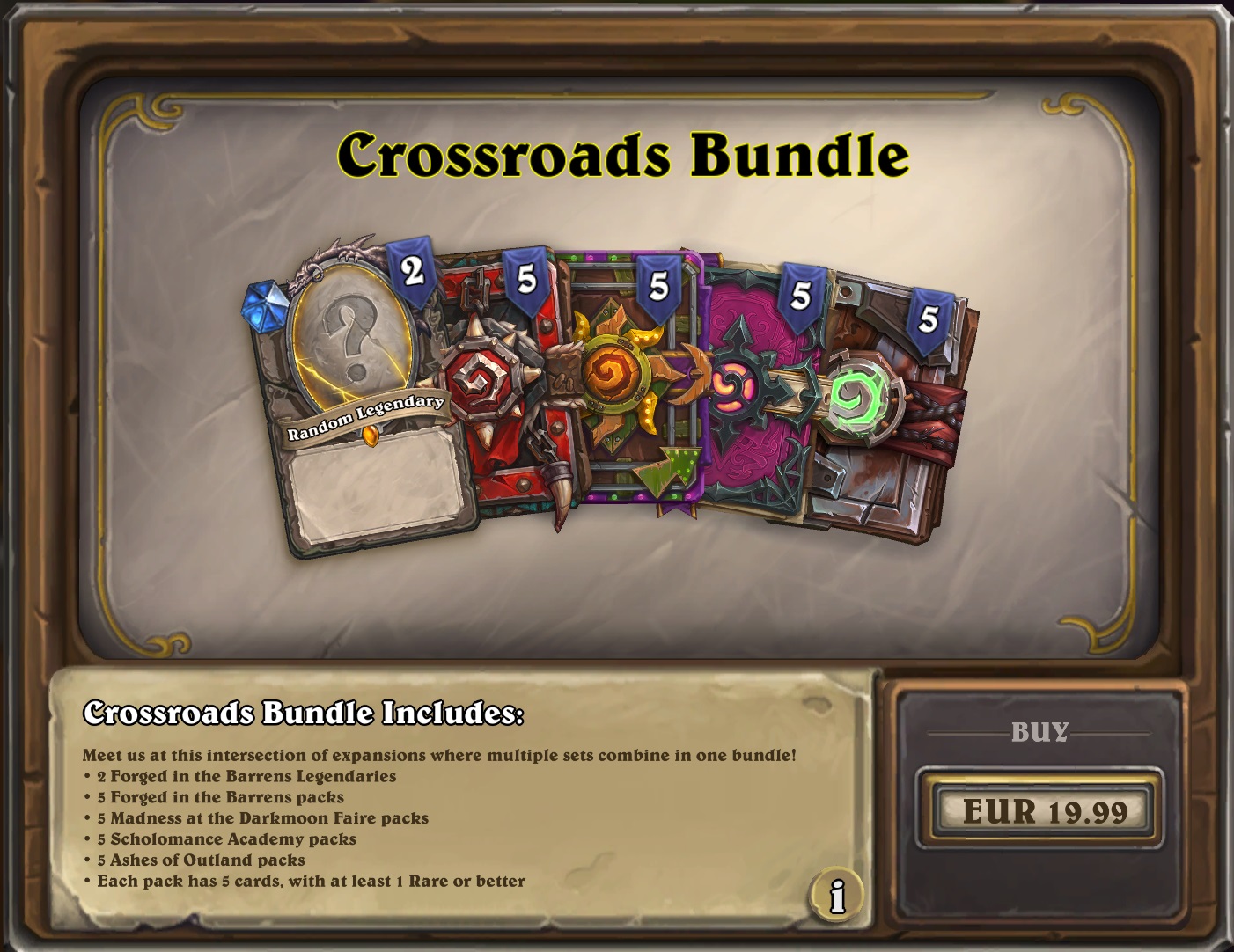 Just noticed that we actually got a third addition. Goblins Card Back, originally obtained by winning 5 games during Ranked Season 8 (November 2014) – we’re really going back with this one! Just like always, it’s available for $2.99 or 500 Gold: 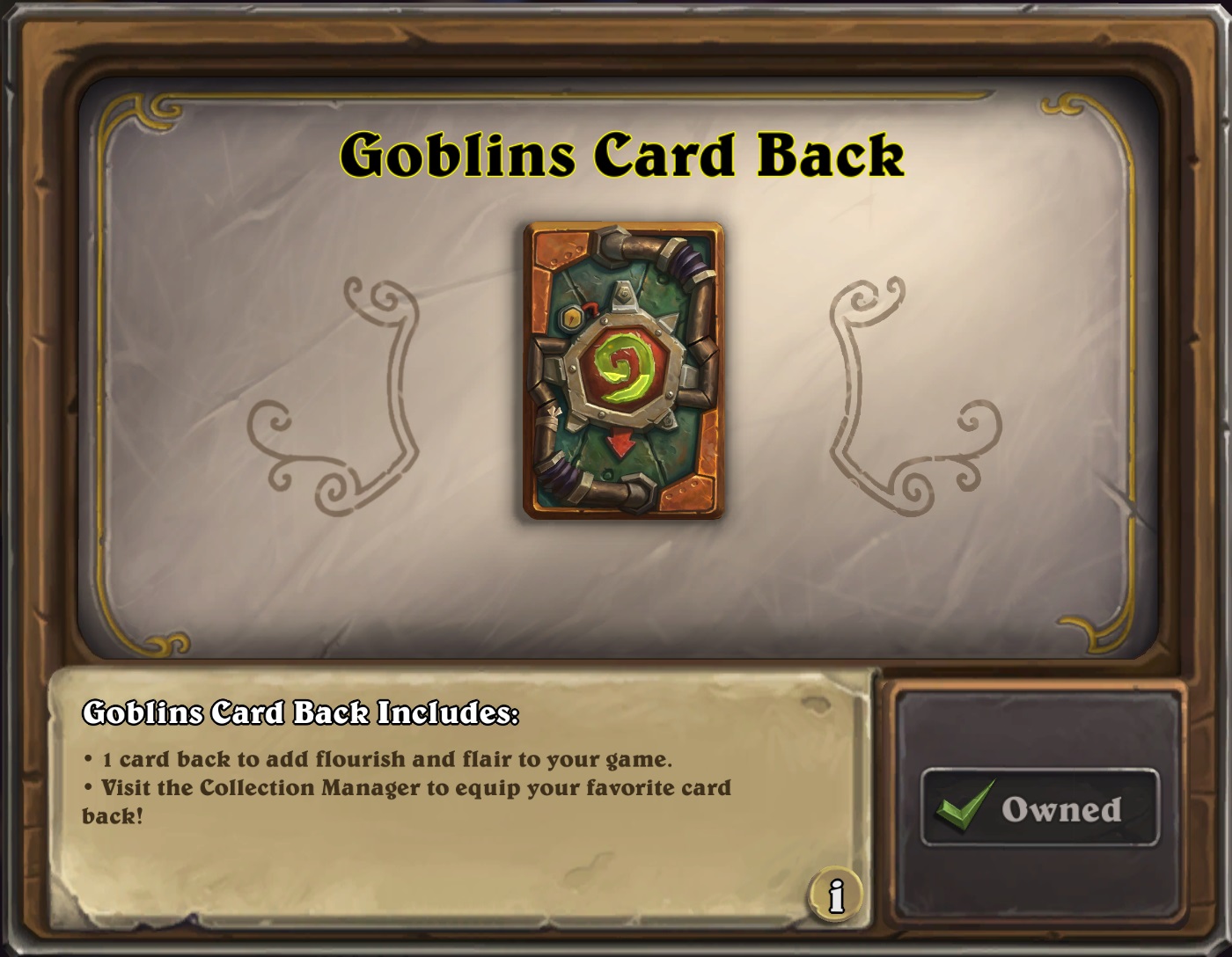