Update: It’s your last chance to get the bundle. It will be gone tomorrow (September 22), most likely around 10 AM PT.

A new bundle is now available! It doesn’t really come as a surprise, because we knew about it ever since the Forbidden Library event was announced, but one thing we didn’t know about is the pricing. Which looks really solid!

You can get 5x Mage Card Pack + Scholar Jaina cosmetic Mage Hero for $9.99 / €9.99. Assuming the regular bundle price of ~$1 per pack, Hero is priced at ~$5, which isn’t that bad (three original Heroes such as Magni came at $9.99, so you basically trade a card back for 5 Mage packs comparing to those).

Mage packs contain only Mage cards from the current Standard rotation (so Year of the Dragon + Phoenix). So if you play the class a lot, you can grab some cards you’re missing quite consistently thanks to the duplicate protection.

Get it in game or through the Battle.net shop. The bundle is available until September 21, so there’s not much time to pick her. 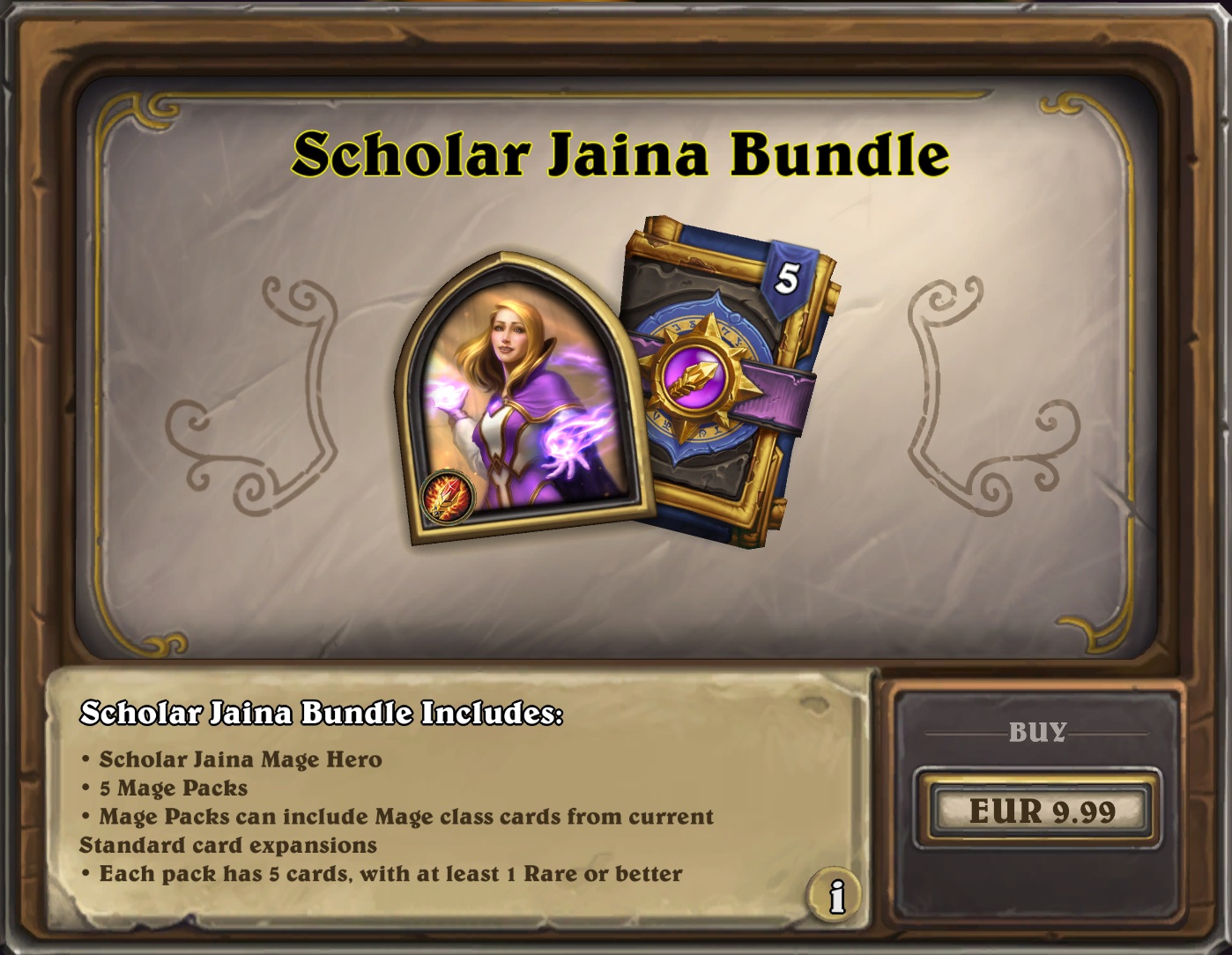