There’s a long-running fan theory that Reno Jackson is in fact a Dragon. Everything started with this reddit thread ~3.5 years ago, around the release of One Night in Karazhan. It was mostly based on a single scene from Karazhan’s trailer (this one). The Curator is jumping in the tub, where a cow, a murloc and Reno all sit together. Now look at Curator’s effect – he draws a Beast (cow), a Murloc and… a Dragon from your deck! While the scene might have been completely random (or rather, cow and murloc might have been there on purpose, but they couldn’t really fit a Dragon into a hot tub), lots of people have liked the idea that Blizzard is subtly suggesting that Reno is in fact a Dragon.

Theory then gained lots of popularity, with player speculating every time something new related to Reno has shown up. Many of them were really far-fetched (like the fact that Blizzard shared that they have first planned for Kazakus to be a Dragon, and both Reno & Kazakus are Highlander synergy cards, so Reno has to be a Dragon too), others were a bit more believable – e.g. the similarity between Reno’s original Battlecry and the recent Paladin Legendary Dragon Nozari.

Some players have started theorycrafting again when League of Explorers was announced to make a comeback in Year of the Dragon. First some have thought that we’ll get Reno in his Dragon form in Saviors of Uldum (we did get Reno, but not as a Dragon), then others have guessed that maybe we’ll get a new Reno-related card in Descent of Dragons. We did, in fact, get yet another version of Reno in the latest adventure – The Amazing Reno – but it’s also not a Dragon.

However, Galakrond’s Awakening might have finally proven the theory correct. First of all, a solid hint, but far from a confirmation – in the first encounter in the League of Explorers campaign, Reno spawns immediately to help you fight against Dr. Boom, with 4/12 stats. Why is it important? Becasue 4/12 are sort of an iconic Dragon stats – in fact, ONLY Dragons have this sort of statline in Hearthstone (Malygos, Ysera, Nozari, Sleepy Dragon or – more recently – Zzeraku the Warped). Between the stats and Spell Damage gain, the Reno card resembles Malygos most. This alone might have been just an easter egg, a nod towards the community for the theory to live on. But… 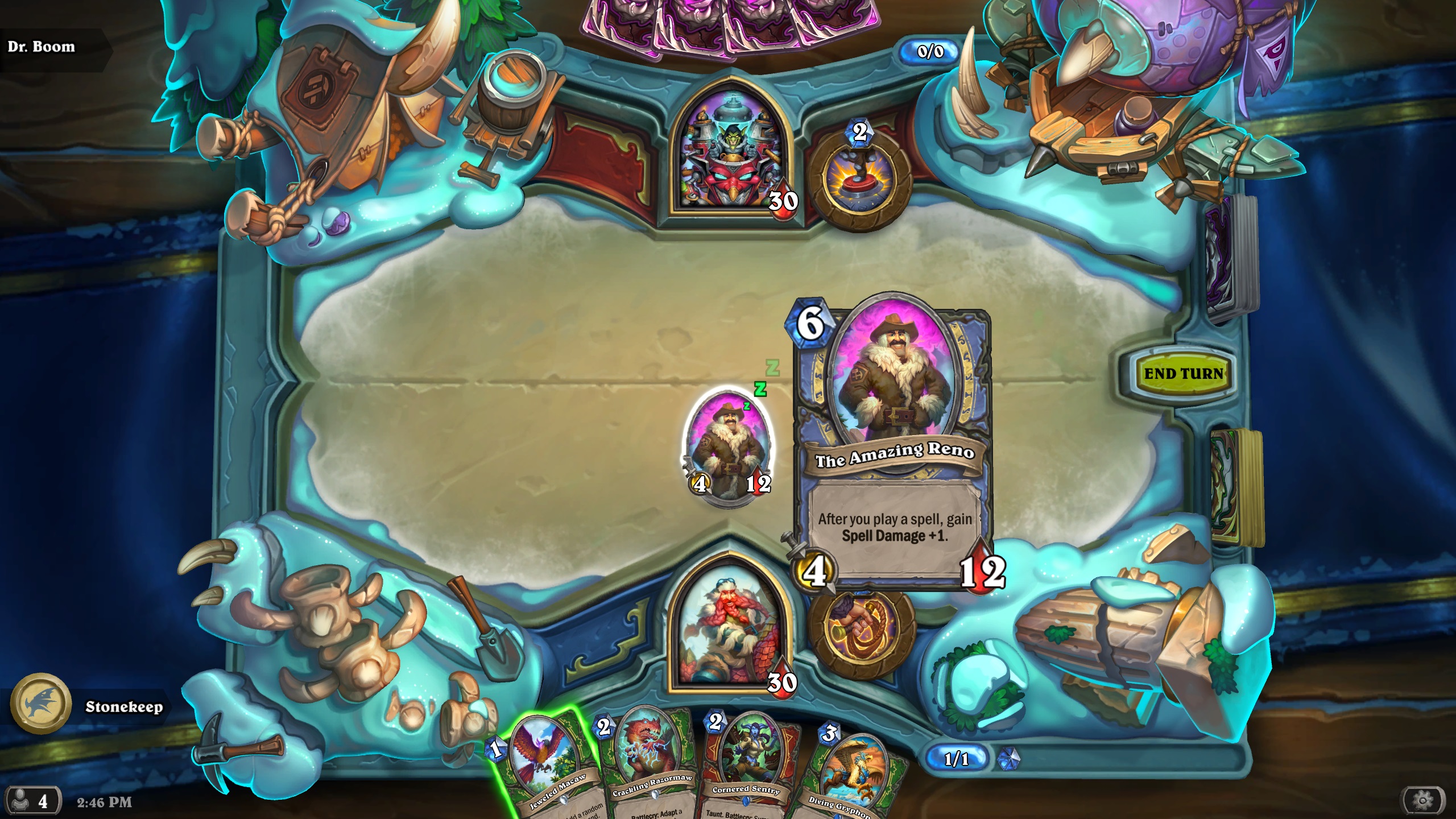 We found an interesting card in game files – Renogos. To be more specific – it’s a Galakrond’s Awakening Boss card called “DRGA_BOSS_01h2” in game files. What’s even more interesting is that “DRGA_BOSS_01h” (without 2 at the end) is The Amazing Reno boss card. Which would suggest that Renogos is somehow related to the fight against (or as) Reno. Notably, second to last fight in the E.V.I.L. campaign is against Reno. It might be that he transforms into his Dragon form mid-way through the fight. Or maybe you will play as Reno during the final fight of Explorers Campaign (against Rafaam & Galakrond), and you will be able to transform? It’s hard to say at this point, and we don’t know the exact story so it’s just a guessing game, but it’s hard to deny that the Dragon card below is based on Reno Jackson (he has Reno’s iconic hat on one of his horns, a golden tooth and – of course – the name itself is a clear reference). 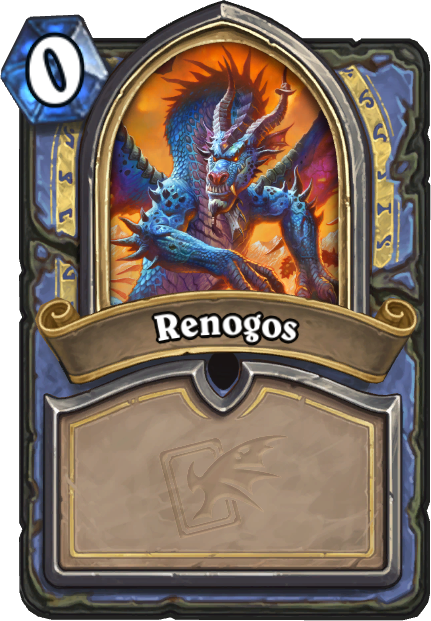 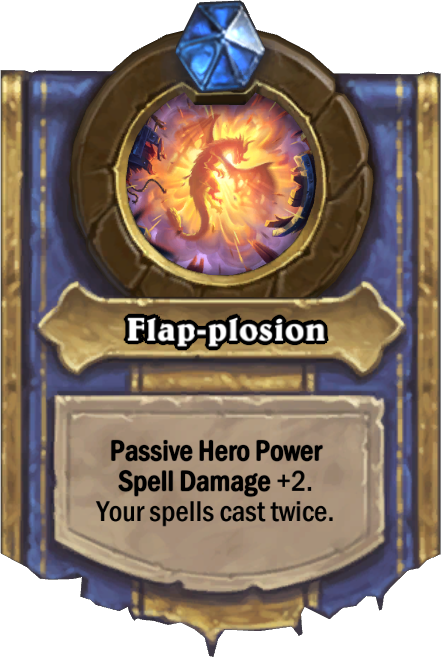 What do you think about it? Have you heard about the theory before? Do you think that Blizzard has planned for Reno to be a Dragon from the beginning or just went through with it after they liked players speculating on social media?

Update: Thanks to use25 for showing this, there’s also a Sidequest related to Dragon Reno theory (and I think it’s safe to drop the theory part at this point). My guess here is that you start the fight as regular Reno, but once you finish the Sidequest you turn into a Dragon? 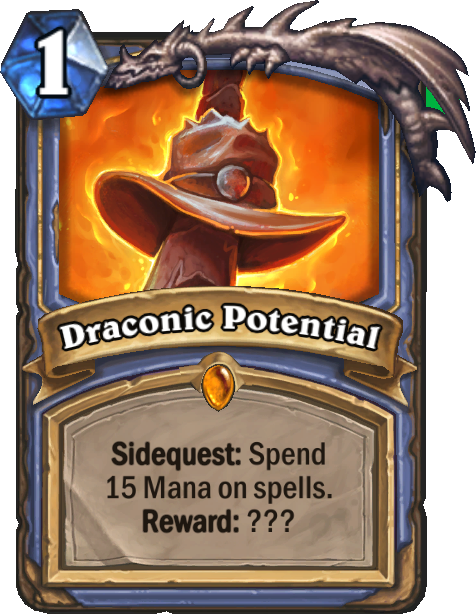