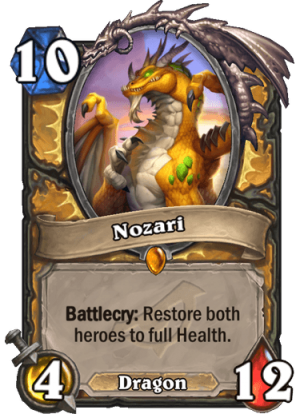 Nozari is a 10 Mana Cost Legendary Paladin Minion Dragon card from the Rise of Shadows set!