As the Book of Heroes becomes the fourteenth solo content piece in Hearthstone, it’s fascinating to think about how the PvE experience of the game has shifted over the years, and how Team 5 clearly started to aim these little adventures at a different portion of the audience than they used to in the past. Curse of Naxxramas is now over six years old yet holds up surprisingly well compared to what you might expect.

It’s now customary among Hearthstone memers to celebrate any sort of content release by spamming NAXX OUT PogChamp in Twitch chat, but the young whippersnappers among us may not remember why this phrase reached the heights of memery: the game’s first adventure was delayed multiple times with no specific release date in sight for a long while. For those of us who are annoyed about the sometimes slow and sporadic nature of patches and developer communications today, we can still take solace in the fact that at least it isn’t the entire expansion that gets stuck in stasis these days.

After seeing 2 of them I can say I love/hate Hearthstone cinematics. All epic and serious building up then the fucking dwarf comes in! – /u/Dsh5 on Reddit

It’s tough to overstate how big a deal Hearthstone was around that time. The cinematic has over a million views (compared to the ~300k view count of the same content for Scholomance Academy). The adventure’s launch warranted an article in the Guardian back in the heady days of 2014. Perhaps I’m getting ahead of myself though: Curse of Naxxramas was originally announced on April 11, 2014 at PAX East and it was eventually released on July 22.

A lot of confusion and concern reigned in the meanwhile, with each announcement of each announcement pushed back as the team scrambled to finish up something brand new. A decent chunk of the content was leaked ahead of time, the pricing structure was revealed later than planned, with the adventure itself eventually also pushed back to late July with a very late confirmation of the release date, just five days before Kel’thuzad’s arrival. 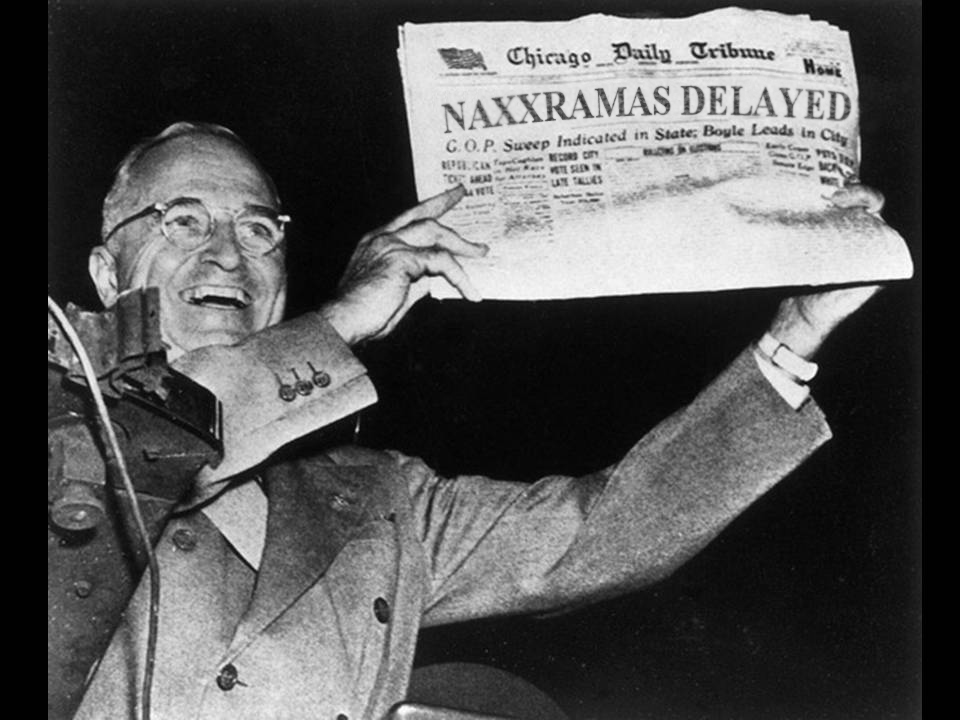 No discussion of the old adventures would be complete without highlighting their generous pricing. Even ignoring the usual apples-to-oranges comparisons between physical CCGs and Hearthstone, the fact that you could get both copies of all 30 cards – which were usually premium quality in the case of these early adventures – for just 25 bucks or a total of 2800 gold seems (and was) an insanely good deal in comparison to what we’re often offered today. 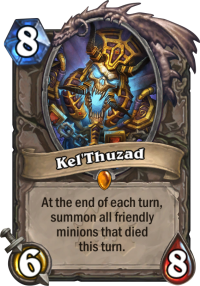 Curse of Naxxramas was the game’s first new content expansion after launch and it still shows. The devs pulled out all the stops for this one, and the encounter designs are very different from what we’ve seen as of late. With a limited card pool in play, there was a larger emphasis on unique, encounter-exclusive cards and their interactions alongside certain recurring minions which were only available to the various AI opponents. In fact, the 50 boss-exclusive cards made up a fairly big chunk of the overall “card pool” at that time!

Some of them seem quite amusing today in retrospect: back in those days, a 5/6 for 4 mana called Necroknight was deemed so overwhelmingly strong that it warranted a Deathrattle of “Destroy the minions next to this one as well”. These minions (and the fact that they returned over and over again over the course of the adventure) served as a great way to reinforce the raid-esque, dungeon-like nature of the experience.

Though the first wing still servers as a freebie opener with a fairly low level of difficulty, there’s certainly a lot more to find once you descend deeper into the dungeon, with fifteen encounters separated among the five wings overall. The AI decks are so tightly constructed and have such well-thought out synergies with their hero power that you can’t actually just barge in with a meta deck to shake down Kel’thu-freaking-zad. You also can’t just roll through all the class challenges on autopilot, with the Paladin encounter perhaps slightly on the unbalanced side as well. In fact, I was quite happy to see that PC Gamer’s review at the time has also pegged it as such even back then: it’s not that I forgot how to play Hearthstone in the intervening years!

Personally I’m a Kel'Thuzad optimist. Boards are harder to clear then ever, many cards that are only viable with something on the board are viable these days. He’ll land in my Bloodlust Deathrattle shaman as soon as he arrives. The only question after that is which one-off to include: Reincarnate, Faceless Manipulator or Ancestral Spirit? Probably Reincarnate is the most resilient of the three options. – /u/invalidlitter on Reddit

Unlike later days solo content, even the Normal encounters can be somewhat challenging, at least to an extent that there will be certain archetypes which are still thoroughly countered by the AI, forcing you to go with a different approach. Not even the best token deck will crunch its way through Heroic Grobbulus with a 0-mana Hero Power which reads “Deal 2 damage to all enemies. If any die, summon a slime”. Heroic Maexxna sends two random minions back to your hand, which means that if you don’t resort to OTK cheese, you will actually need to plan around the decks and the abilities on offer, which has not always been the case as of late.

Not that all OTK cheese options are made equal. Memorably enough, Alexstrasza was basically banlisted for the adventure, which made certain encounters really damn difficult at the time. The lack of a restart button (which player didn’t have access to for years, since it was only added recently) also made experimentation quite frustrating against the more challenging bosses where you basically had to find the exact build the devs came up with to clear up the task. A good example would be Sapphiron who you could only beat with a teched-up Control Warrior with big weapons and all the Armor gain in the world. 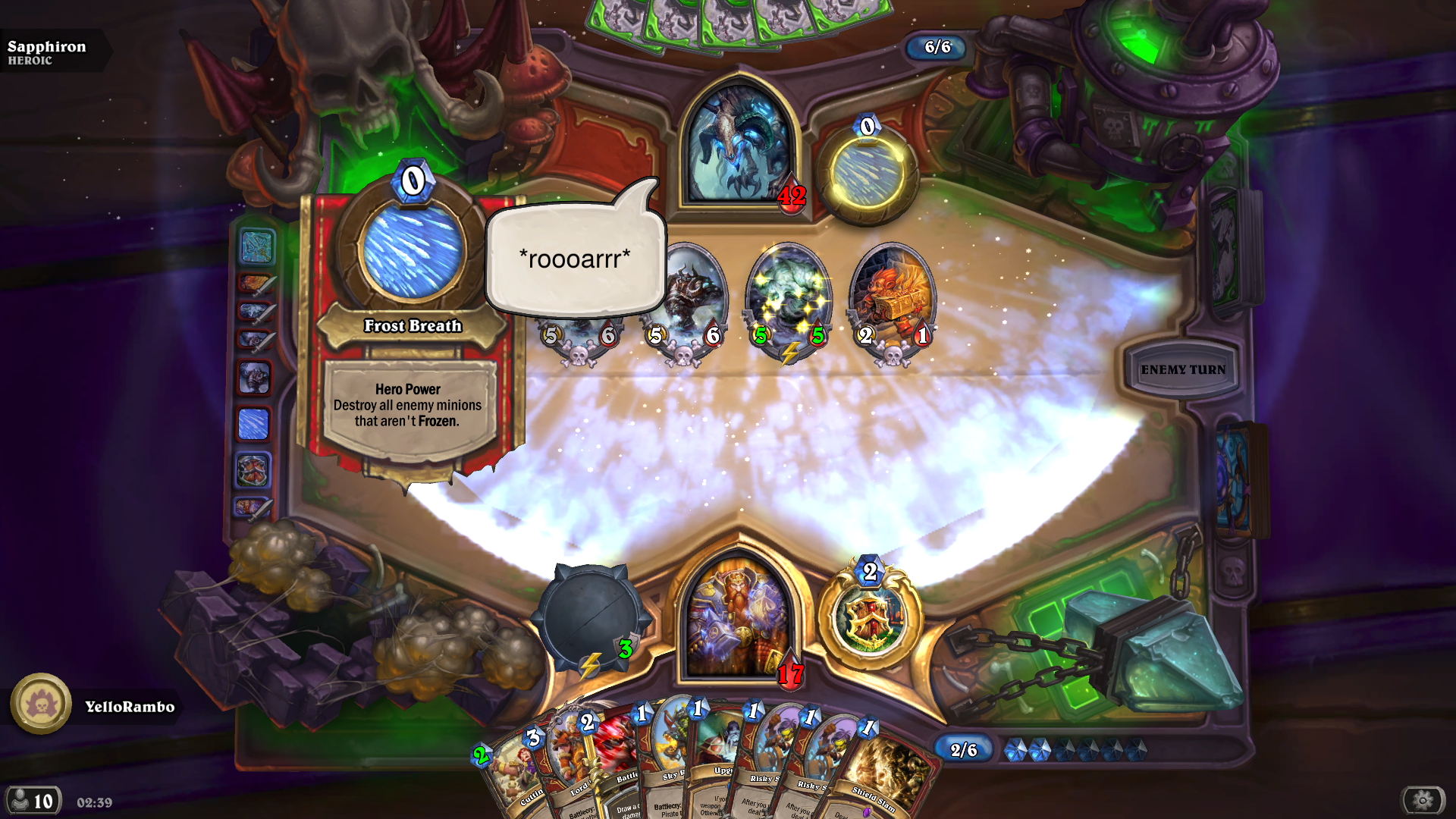 The underlying setup is also fairly future-proof. Unlike Puzzle Lab and some other solo shenanigans, the Naxx encounters work just fine with modern keywords and mechanics, with the entire Wild pool at your fingertips. You get Ice Lance as a Discover option, you get to devolve one-drops into Murloc Tinyfin. It all works fine.

Arguably the entertainment aspect of it all works even better than almost every other adventure. The conversation elements with buddy KT were considered a bit too light-hearted at the time by WoW veterans, but they didn’t know what was to come later (see also: Scholomance Academy, murders, fun school stuff). The simple text box elements on the bottom of the screen, no doubt taken from The Innkeeper’s tutorial tools, actually work a lot better to convey the one-liners than the massive pop-ups which came into vogue with MSoG: you can still click around them on the rest of the screen and they don’t replay over and over again. The tone is also different, goofy but not as blatantly kid-focused as something like the writing of the Ashes of Outland story was with the rhymes and the “friendship solves everything” message.

This is a first part of a series of posts revisiting Hearthstone’s old PvE content. Tune in next time to get the scoop on Blackrock Mountain, how Patron Warrior was there for all of us to see, how a “2 mana: deal 30 damage” Hero Power might actually be balanced and whether Ragnaros or Nefarian was right.