As is now tradition, the Masquerade Ball event has brought back the seasonal revelry to the Arena as well, marking the return of the annual Dual-Class shenanigans, which include a tenth class for the first time thanks to Illidan Stormrage’s prsence. With many people jumping back to the format to use up their free ticket, it’s a great time to fish for some bonus wins on your Arena runs – and we’ve put together a list of handy tips for you to make sure you can capitalize on the opportunity and have a bit of fun with this crazy limited time format. 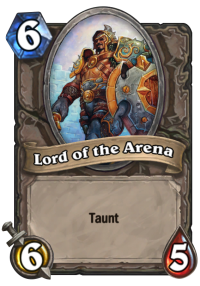 Though Team 5 has tried quite a few things with Arena over the last few years, the current format is fairly straightforward and should be easy to pick up if you’ve spent some time with the game mode in the past. The drafting process is back to the old rarity-based approach where only cards with the same gem are offered alongside each other, leading to many easy choices based on the differences between their individual power level. Microadjustments (which are not really “micro” at all but that’s a different story) serve to balance out the winrates between the different classes, and the devs actually did a pretty good job with it for once with the last set of changes just before this event.

Currently, the Arena also follows the Standard ruleset, meaning you can only draft cards from the following sets:

How to Choose Your Classes in the Dual-Class Arena? As a rule of thumb, your choice for the second class matters much more than the first one does, simply because that is what determines your Hero Power for the game. There’s a reason why Warrior has always been a good choice in this format (and this also explains how it’s topping the charts again): choosing it as the first option negates Garrosh’s terrible Hero Power and allows you to draft in a flexible manner with the class’s wide variety of initiative tools (weapons, Rush minions and synergies).

Drafting dual-class can also unlock gameplay options which are not supported strongly enough otherwise inside the individual classes themselves: for instance, Priest has many great buff spells that can complement a tempo-based approach (Gift of Luminance, Apotheosis, Power Infusion) as long as you pick it alongside another class which offers better ways to ensure a consistent early game board presence. These two classes dominate this years Dual-Class Arena and you should always consider selecting them if offered. Warriors especially should be an insta-pick as the first option simply because you don’t want them to show up as the second option. Priests are fine either way though a ping is preferable in this tempo-heavy and initiative-focused Arena metagame.

That’s not to say all other class combinations (of the whopping 90) are irrelevant. The dual-class cards from Scholomance Academy should give you a good idea of which ones are worth exploring further. Historically, Hunter and Druid worked quite well together due to the Beast synergies, Warrior’s self-damage synergies benefit from Mage’s Fireblast, and Paladin’s general flexibility makes it a decent first option for most drafts. That said, be careful with the stats: keep in mind that HSReplay’s percentages relate to the first class choice only. For instance, Rogue’s synergies with cards from another class make it an excellent choice for the event – but definitely not as the first pick as you miss out on the excellent Hero Power, while also making so that the “burgle” cards don’t get triggered by themselves as you technically play as a Rogue. If Valeera is your second choice, something like Underbelly Fence triggers its Battlecry off of itself as your Rogue class cards indeed belong to “another class”. Demon Hunter’s one mana Hero Power is also pretty decent but you miss out on a lot of advantages by picking it first – hence its last place in the aforementioned statistics. The best way to approach the event is to focus on early game board control and then find the right moment to transition to a burn plan against the greedier opponents. Drafting a strong and reliable curve (5-6 2-drops and a similar number of 3-drops), making good value trades and maintaining a board advantage will get you over the line against most of the less experienced opponents you might face.

What might make the difference between a 7+ run which pays for itself and one that barely falls short from this goal is whether you can identify the right point to start going face. You might have a bunch of weapons in your deck, Steady Shot as the Hero Power of your choice, spells like Fireball or some other option to finish off your opponent once you begin losing board control.

Suppose you have 20+ Health and your opponent will only have 6 if you go face with everything. Barring some sort of a heal, you will win in three turns using Steady Shot even if your minions won’t ever get to connect with your opponent’s face. Setting up these scenarios will drastically limit the options of the player with the greedier deck, and yet many inexperienced players opt to overtrade in these situations, dropping win percentages despite maintaining board control. The whole reason you nurture a board lead early on is so that you can cash in once you encounter a scenario like this! Of course, this calculation gets a lot more complicated when Priest cards are involved (another reason why they’re doing so well this time around) but as a rule of thumb, if you’re given the opportunity to set up a two-turn or three-turn lethal, you almost always want to take it in this format.

Most importantly: have fun with it all! This is a limited time event with way too many drafting options to fully map out, further complicated by the temporary influx of inexperienced Arena players. Embrace the memes and find the crazy plays – that is how you can get the most out of the Dual-Class Arena.