Week 2 of Masquerade Ball (Hallow’s End) Event is here! On top of second chapter of Book of Heroes (Rexxar), Legendary Quest or a new, thematic Tavern Brawl, we now have a way to unlock a golden version of Transfer Student. The base card was given out to the playerbase for free when Scholomance Academy got announced back in July, however the golden copies weren’t available. Players couldn’t craft them or get them through any other means.

When the event was first announced, Blizzard has given an official clue as to how to get them. Here’s how it goes:

After a thorough examination of garments in our lost and found cupboard, Transfer Student has embarked on a laborious journey to find the perfect costume for the Masquerade Ball! We’ve identified an itinerary in the dormitory that outlines an intention to visit Dalaran, Uldum, Dragonblight, and the Black Temple. Scribbled on the back is mention of playing Rexxar’s tale in Hearthstone Book of Heroes, and at least one match in both Battlegrounds and Arena.

Retrace their steps and you’ll be rewarded with two golden copies of Transfer Student! Good luck!

The clues point to the previous single player adventures, the new Book of Heroes, as well as Battlegrounds and Arena. Here’s exactly what you have to do:

The order doesn’t matter, you can play then in any way. You don’t need to finish every game – conceding is fine. We also aren’t 100% sure when the tracking has started, but it seems that if you have done any of the above since the beginning of the Hallow’s End event then it already counts. E.g. if you already played an Arena match right after the event started, you don’t need to do it again. So don’t be surprised if you get it earlier than you expected! 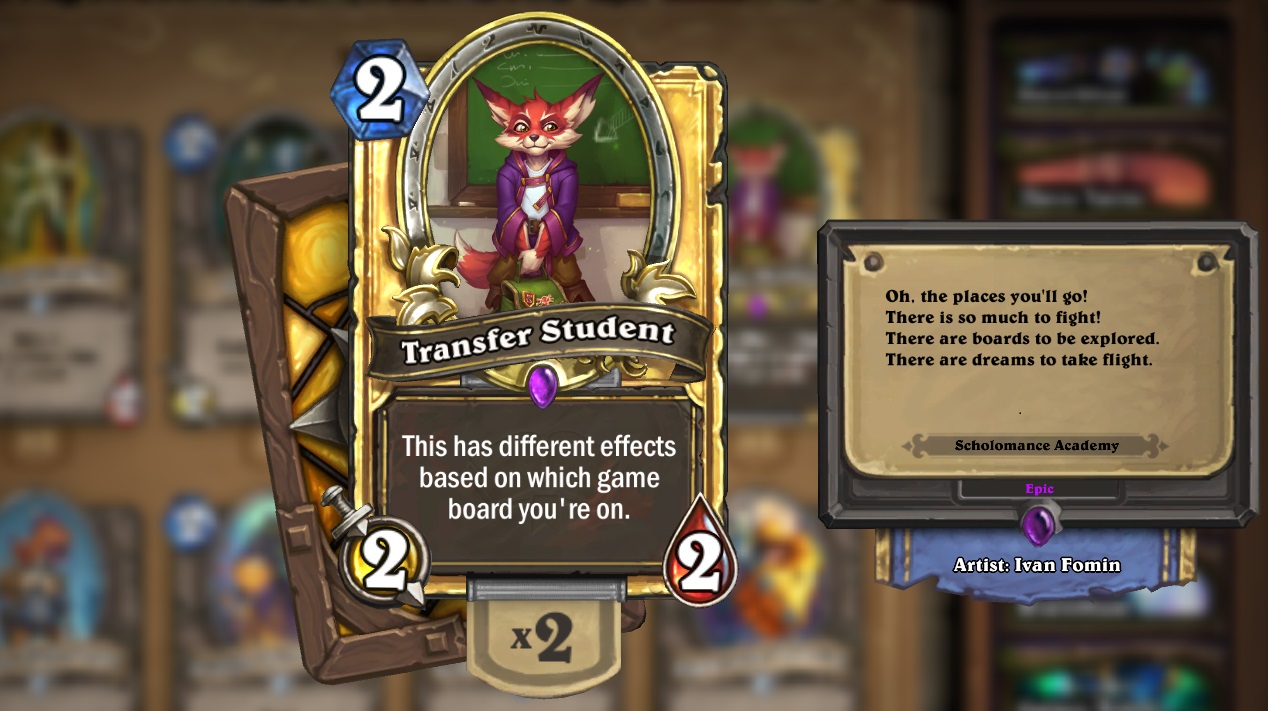