Update: The streams are starting now!

We finally got some more information about the theorycrafting livestreams, which usually happen before the expansion’s launch. If you aren’t familiar with those, a lot of content creators get early access to the test build where they can access all of the new cards already. Then they build decks and play between each other – very often using wonky and fun decks, not exactly the cutting-edge meta stuff. (Especially since there’s a requirement to put at least 10 new cards in their deck, and realistically most of new builds won’t play as many cards from the latest expansion.)

This time around, the theorycraftings start on December 2 (Thursday) at 10 AM PT (1 PM ET, 19:00 CET) and last for 36 hours. Theorycrafting streams will be available both on Twitch and YouTube (depending on where the creator prefers to stream). Of course, since the period is quite long, different pro players will most likely have different streaming schedules. We’re happy to announce that Old Guardian, who you might know for writing articles and guides for our website, got invited too – you will be able to watch him stream on YouTube on Thursday, starting from 9 AM PT / 18:00 CET. He’s also giving away a Mega Pre-Purchase bundle, check it out if you’re interested:

I will stream the new Hearthstone expansion tomorrow, December 2nd, on Youtube at https://t.co/tDgyRg1j1G

Follow me and retweet this to participate in a GIVEAWAY of a Fractured in Alterac Valley MEGA-BUNDLE! The winner will be drawn on December 3rd!

During the theorycrafting streams period, Twitch drops will be active across the entire Hearthstone category. It means that you can watch any Hearthstone stream for 2 hours to get a single Alterac Valley Card Pack, or for two more hours (four in total) for the second pack. Just make sure that your Twitch and Battle.net accounts are linked if you have never received drops before. And, just like always, you don’t need to “actively” watch – leaving a muted stream on the second monitor or in the background should still count for the drops. 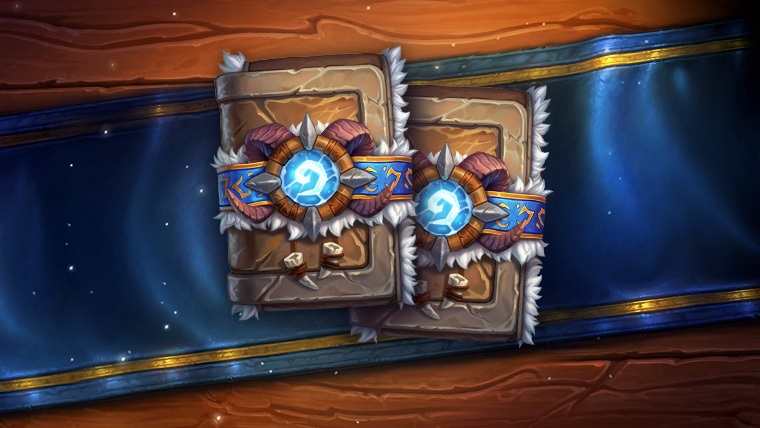 Besides therocyrafting streams, pre-release weekend is also coming. Between December 3 and 6 (Friday to Monday), you will be able to host your own, private Fireside Gathering and open the packs early, as well as play two Brawls. One lets you use the new Alterac Valley deck recipes, while the other one lets you build crazy decks with the cards you open from your pre-purchases – with no class or copies restrictions. Since it’s a private Firside Gathering, it won’t be promoted publicly, but you can still invite your friends or family over and play with them. The second Brawl can be really fun to play together if both you and someone you know pre-purchased the expansion and has a solid pool of cards, but even if you are F2P you can always try out the deck recipes ahead of their actual release.

We’ll be hosting category-wide Twitch Drops during Theorycrafting Livestreams on December 2! You’ll earn one Fractured in Alterac Valley pack for watching two hours of any Hearthstone steam, and then another pack for watching another two hours at any time between December 2 at 10 a.m. PT and December 3 at 10 p.m. PT. Make sure that your Battle.net and Twitch accounts are linked so that you can get your rewards!

Scout the battlefield during Pre-Release Weekend from December 3-6. At your private Fireside Gathering, you’ll be able to open your Fractured in Alterac Valley card packs before the expansion officially launches on December 7. In addition to opening your packs early, pre-release will also feature Fireside Brawls that will let you play with the new cards:

Private pre-release Fireside Gatherings can take place the weekend before Fractured in Alterac Valley goes live, from December 3 at 10 a.m. PT to December 6 at 10 a.m. PT.

Head over to FiresideGatherings.com to register your one-person event!

In light of the ongoing global health risks associated with in-person gatherings, we’ve canceled official Fireside Gatherings for the near future and disabled the ability to create public events.

We do, however, want individuals at home to have an opportunity to partake in the upcoming Pre-Release weekend, so we’ll be keeping private event functionality intact. Players can register their own one-person event to enjoy opening Fractured in Alterac Valley card packs from December 3-6.

Thank you all, innkeepers and patrons, for understanding.

Private Fireside Gatherings will NOT: