Yesterday was absolutely packed with news. New Standard Year, new class (Demon Hunter), big Hall of Fame rotation, ranked system & Priest class reworks… so it might have been easy to miss something. And we did not cover one important thing. We have mentioned it throughout different posts, but it deserves a separate one, since it will benefit every kind of player. 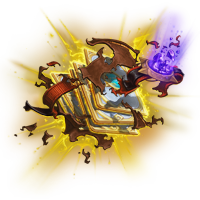 Yesterday Blizzard has announced that we’ll be getting duplicate protection across all rarities. Previously, it only worked for Legendaries. It was a very welcome change, because getting Legendary duplicates was one of the most annoying things about the entire game. However, the system still wasn’t perfect. Getting your 4th or 5th copies of a certain Epic, or even Rare, while still having lots of cards you have never seen was mildly infuriating. This will no longer be the case. Given that you can no longer open ANY duplicates, the value of card packs has gone up by quite a bit, because it means that less of your cards will be straight up Dust. Just like with Legendaries, you will receive duplicates again once you open every single one from a given set.

It might not seem important for e.g. Commons, but keep in mind that not everyone opens a hundred or so packs. I had situations in which I’ve opened dozens of packs and was still missing a Common card or a bunch of Rares. In the new system, it will take less than 30 packs on average to open every single Common from a set. Similarly, it will take only just above 60 packs on average to open every Rare from a given set. That’s a big improvement.

One more thing about the system that lots of players have missed is that any disenchanted card also counts towards duplicate protection. It means that if you get a bad Legendary and decide to Dust it, you WON’T open it again until you get every other Legendary in the set. Players always feared disenchanting bad cards because they could be opened once again in the pack instead of something playable. With this kind of system in place, you can Dust any card you don’t want to use and you won’t get them back, but rather keep opening new cards. 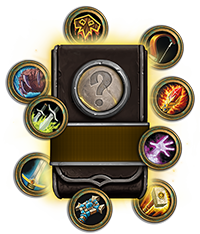 Another big change is that new / returning players will get a free, “competitive” deck of their choice. Yep, they will be able to pick the class they want! We still don’t know what those decks are exactly (we’ll cover them as soon as we do), but we know that they will contain only Year of the Dragon cards, meaning that they won’t be made useless in 3 weeks. New players will get it after getting through “new player ranks”, while returning players will get those upon log-in (after finishing a short mission). “Returning players” means players who haven’t logged in for 4 months before March 17 (so if haven’t been playing in a while, but logged in yesterday or today, don’t worry, you still qualify). Both changes will be released on March 26, alongside other things like Hall of Fame, Priest rework etc.

On top of those, ranked system will have better rewards now. On top of random Rare/Epic cards, we will get packs from the latest expansion, and it might actually be worth it to climb higher now, since we will get 5 packs in total for reaching Legend (and that’s every month). Read more about the new system here.

Overall, those changes should make Hearthstone significantly easier to keep up with. We hope that the game will be made as new player friendly as possible, because every game needs fresh blood if it wants to grow!

P.S. It also means that you might want to hold onto any packs you currently own (or get from Brawl, Arena etc.)! It’s better to open them after the changes go live.