Right on time – Demon Hunter prologue is now out. Players can go through four single player missions to unlock the new class, its Basic & Initiate sets (30 different cards in total) + a starer deck. The prologue itself is rather easy and straightforward – it’s meant to showcase some bits from Illidan Stormrage’s history and introduce the basic Demon Hunter mechanics.

Learn more about Demon Hunter in our class guide!

The prologue (as well as the new class in general) is available for free – you don’t need to pay for anything. However, you will still probably need Ashes of Outland cards (which won’t be free) to play competitive Demon Hunter decks.

However, keep in mind that Prologue being out does not mean that the Demon Hunter class is playable! You can unlock him early, but won’t be able to actually play DH until Ashes of Outland expansion launches on April 7. 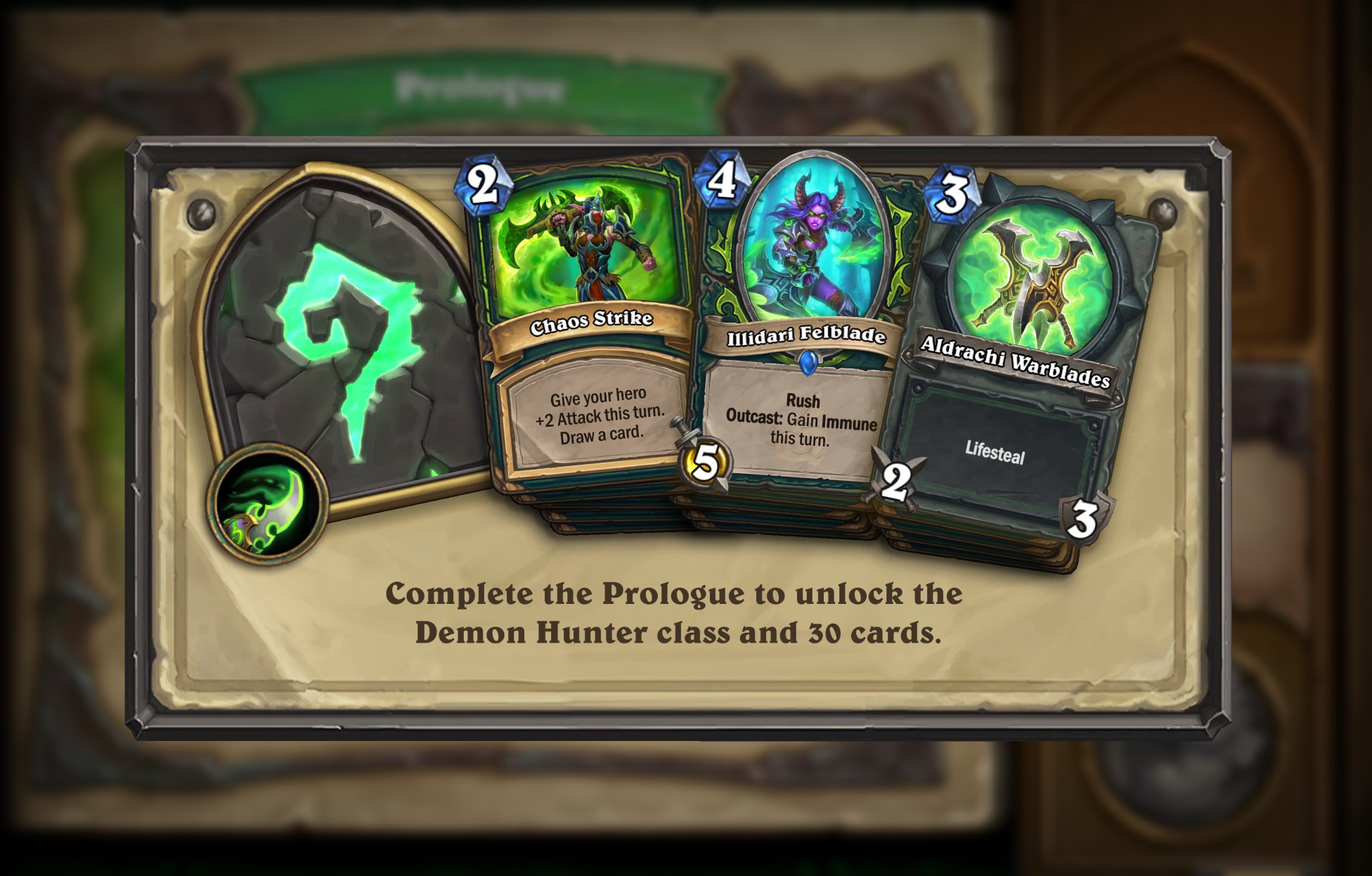