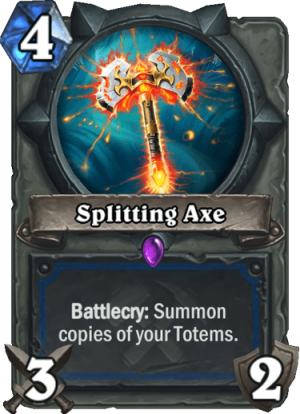 Splitting Axe is a 4 Mana Cost Epic Shaman Weapon card from the Saviors of Uldum set!

Battlecry: Summon copies of your Totems.