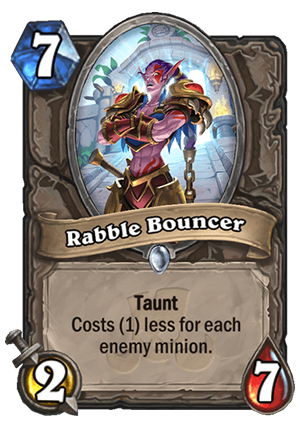 Another anti-Aggro card, but also a pretty weak one to be honest. In theory, you can drop it as a 0 mana 2/7, which is insanely strong – but realistically, how often you face a FULL board of minions on the opposing side? I’d say that not very often, Odd Paladin is just about the only deck that can achieve that consistently, and even it can’t if you’re trying to clear it ever now and then.

Even assuming the average scenario of 3 minions on the opposing side (I think that’s fair) against a board flood deck, this is a 4 mana 2/7. We already have a 4 mana 2/6 that doesn’t need any shenanigans and it’s called Stegodon. Oh, and it doesn’t see any play, because it’s pretty bad. This card would need at least 4 minions on the board to be great (and yes, a 3 mana 2/7 Taunt would be great). It’s a situation that happens regularly against board flood, every now and then against other Aggro, rarely against Midrange and almost never against Control. And at this point, I think that I’d rather have Mind Control Tech than a 2/7 Taunt – without high-roll MCT is a tiny bit weaker, but it can also high-roll into nearly immediate game win sometimes.

The meta would need to be absolutely dominated by board flood decks for this to be relevant, and even then, 2 Attack is a bit of a problem. 2 attack can be relevant on T1, maybe even T2, but the meta is pretty much dominated by 3 Health minions and not 2 Health minions. A lot of the minions could trade into it and still survive.

In theory, you could try to throw it into a Star Aligner deck and hope that your opponent plays a bunch of minions. You would however need a board with at least 6 minions so you could play both of those + Star Aligner, so that’s not very easy to achieve, especially since your opponent would play around it the moment he realizes that you’re running.

Right now, the only deck I could see this being played in is Shaman with Unstable Evolution. It would be played as Corridor Creeper 2.0 – of course the discount wouldn’t be permanent, but it would be a good card to drop when your opponent has a few minions and start evolving it.

Overall, it might see niche play as a tech card vs board flood decks, or maybe for some Evolve / Inner Fire shenanigans, but outside of that, I don’t think it’s good enough. 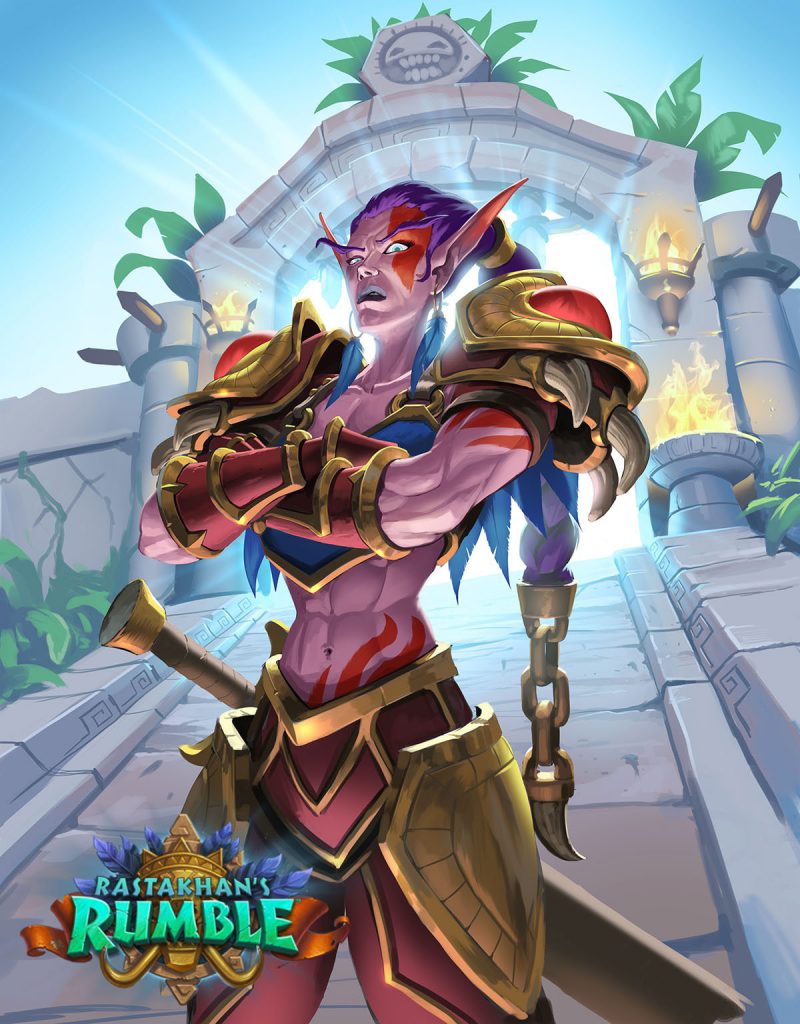