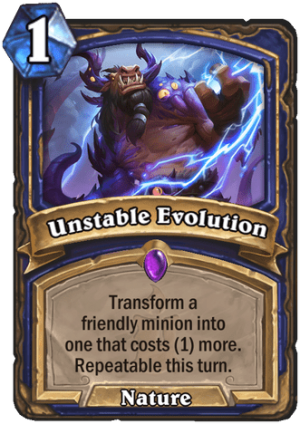 Unstable Evolution is a 1 Mana Cost Epic Shaman Spell card from the Kobolds and Catacombs set!

Transform a friendly minion into one that costs (1) more. Repeatable this turn.