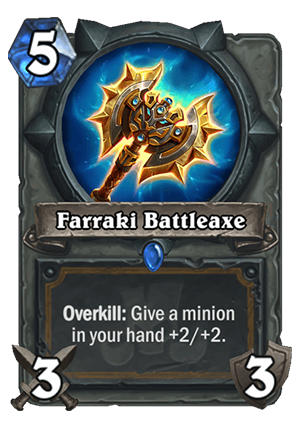 Only two things in life are certain: death and axes.
Tweet

Another approach at a handbuff mechanic. However, I don’t really see this working. Remember Glowstone Technician? It was a guaranteed +2/+2 handbuff for all minions and it has seen no play. It’s just that the cards like that are too slow – the tempo gain from buffs is often not enough to offset the initial tempo loss from playing a weaker card.

And let’s be honest, 5 mana 3/3 weapon is very weak. Realistically, you wouldn’t even play it at 4 mana with no other effect. And in order to trigger the handbuff, you need to OVERKILL stuff, which is also not easy with a 3 attack weapon at this stage, because it will only trigger if you kill 1-2 health minions.

See, getting +2/+2 buff three times would be great, but that’s not going to happen very often. Your opponent won’t just play minions you can Overkill into this weapon. If he has a 3/3 on the board, you will still most likely want to kill it, but it won’t give you a handbuff etc. You should expect to get a single handbuff from it, maybe two if you get lucky.

I think that right now Val'anyr is just a better option. While the handbuffs are not happening every turn (let’s be honest, they’re probably not happening every turn with this card either), you can get an infinite weapon, or at least a lot of value until your opponent finds his Silence. The only thing is that Val’anyr can’t be played by Odd Paladin, but this card probably wouldn’t see play in Odd Paladin anyway – it’s not a deck that benefits from handbuffs in particular, especially since it has a low hand size most of the time and it might not even have minions to buff quite often.

All in all, it seems like an okay card, but nothing exciting. 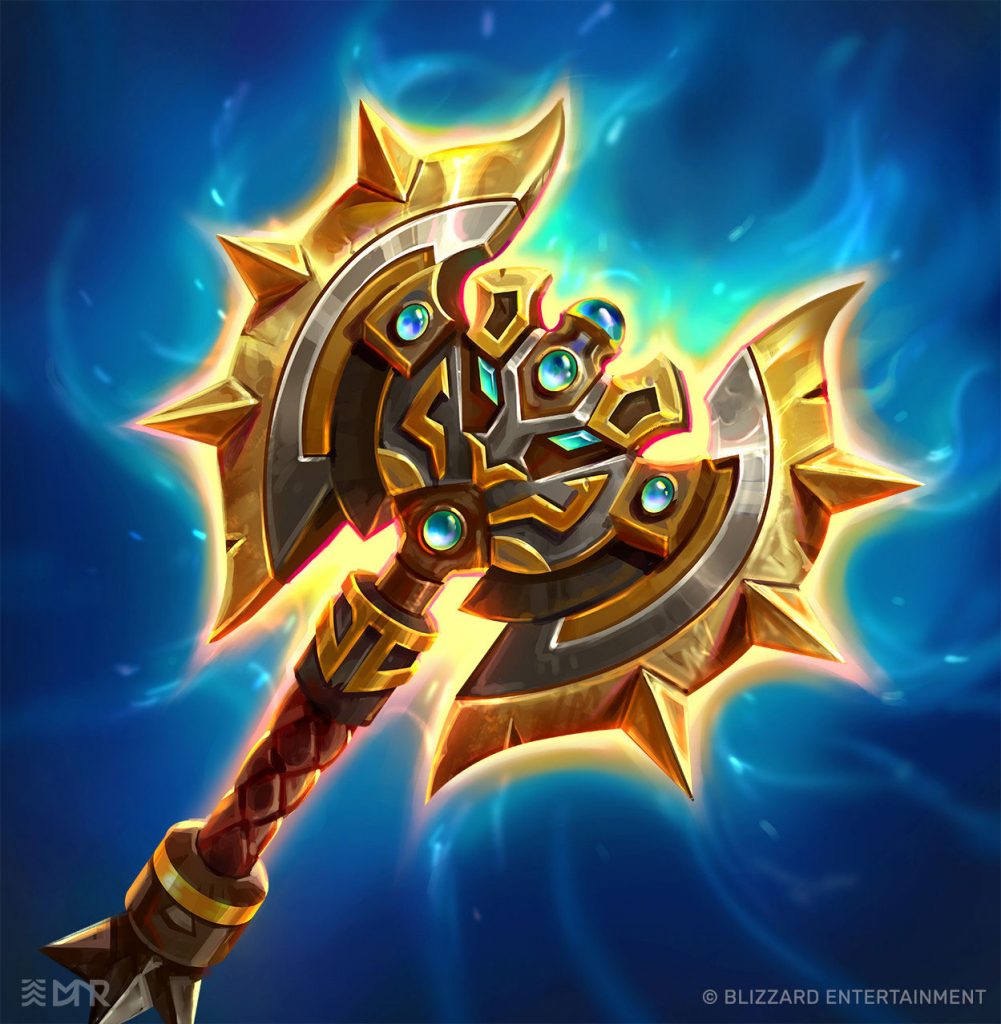