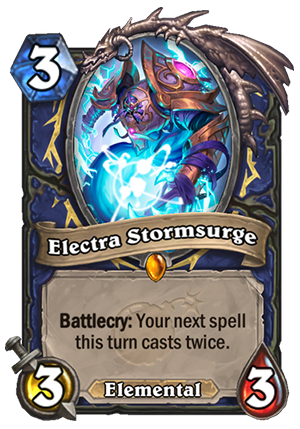 Battlecry: Your next spell this turn casts twice.

"The coin? You used me for THE COIN!?"
Tweet

This is definitely the strongest of the 5 cards of the initial reveal. It’s a cheap Legendary with decent stats, Elemental tag and a powerful effect. The card has pretty much no downsides. Doubling your next spell can be an incredible effect in basically any Shaman deck. Just looking through the list of Shaman spells, here are some examples of the cards that are good by themselves, but would be even better if doubled in the right scenario:

To be honest, even doubling The Coin can be useful in some scenarios. Let’s say when you’re on 3 mana, but you need to drop Flametongue Totem to trade up. You also want to push the tempo and you have coin. You can play this + Coin + Flametongue, then Coin basically becomes a pre-nerf Innervate.

As you can see, the card has lots of uses in all kinds of decks. In Aggro – it’s burst. In Control – it’s more AoEs or healing. In Midrange – a bit of both. I really don’t see a reason to NOT run this card in a Shaman deck. Since it has an Elemental tag, it also gets extra value in any Elemental build.

Literally, the only downside of this card is that it stacks overload. But then again, playing two copies of some Overload spell also does… Let’s say that when you play 2x Lightning Storm, you still get 4 mana overload, it’s not like it magically disappears. But with this card, you get an extra 3/3 minion (not to mention lots of flexibility, as it can double any other spell in your hand too depending on the situation).

I’d say that it’s an auto-include into any Midrange and Control deck. Not sure about Aggro, maybe doubling burn is not enough, since you wouldn’t exactly want to keep it until the late game and you usually use your burn to finish the game. But if a Token deck with Bloodlusts pops out, especially if it was more on a Midrange side, it would make more sense. Oh, the only deck that definitely won’t play it is Even Shaman… obviously. Other than that, looks insane. 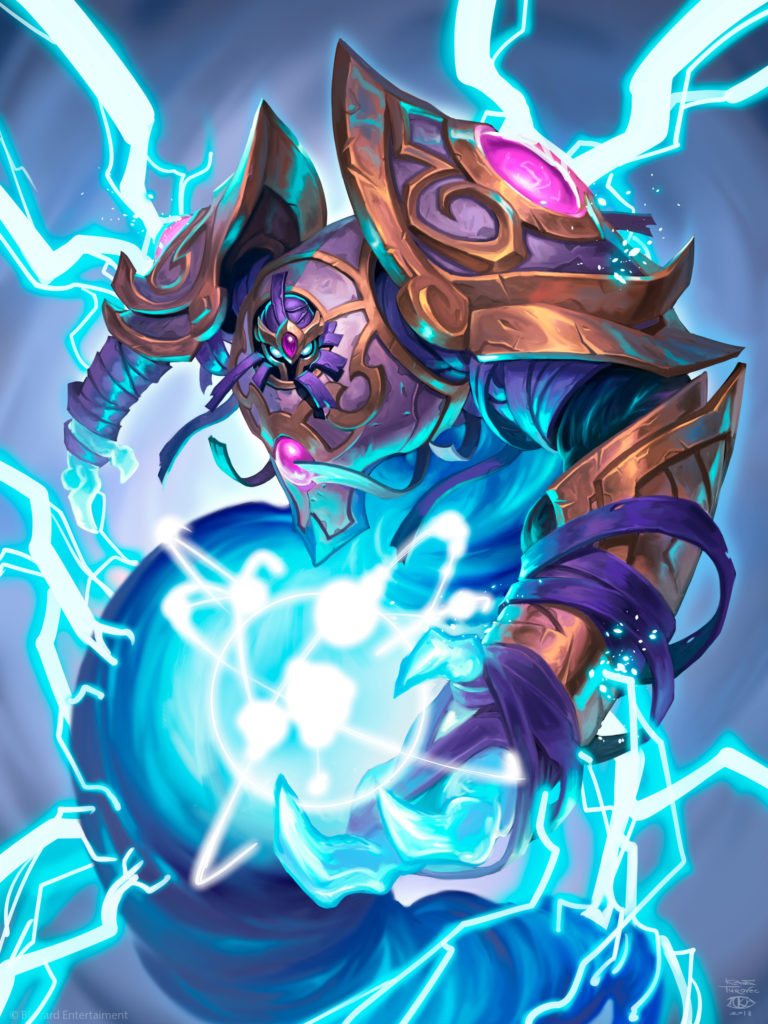