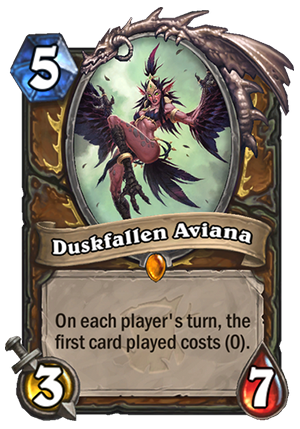 Duskfallen Aviana is a 5 Mana Cost Legendary Druid Minion card from the The Witchwood set!

On each player's turn, the first card played costs (0).

Someone called her "Tweety". She didn't take it well.
Tweet

I thought that it’s some kind of April Fools joke, but no, it’s real. This card reminds me of another – Millhouse Manastorm. You know why no one plays it, despite it having the best 2-drop stats in the entire game? The reason is simple – it can lose you the game on the spot.

And this card is exactly like that. Remember that after playing this, you’ve already played your first card that turn. It means that you don’t get that effect right away. But you know who does? Your opponent.

Their first card will cost 0 mana. Which means that yes, exactly, they can play a big drop for no cost at all, and then possibly even remove this minion. If you play vs another Control or Midrange deck, they will most likely have a way to clear it while also getting lots of free tempo. For example, they might drop some expensive minion first for 0 mana and then use the rest of their mana for a removal. They might turn into the DK first and then remove it (imagine Mage getting a Jaina DK for free on Turn 5-6…).

This feels better in Aggro matchups, but not by a huge margin. They still get to act first, so they can e.g. drop a Spellbreaker for free and then continue their turn like usual. They might be able to kill it with a weapon/minions on the board, and if they can, it’s like you’ve played a 5 mana 3/7 Taunt that gave them some free mana. The best case scenario for you is when they can’t kill it and you have a huge bomb in your hand, or when they’re topdecking and would play the card they get anyway.

I just can’t find any use for it. Yes, sometimes it’s going to win you the game if your opponent can’t abuse the effect AT ALL, but 9/10 times you will come out behind when playing it.

This is a meme card at best, but it’s not even a good meme card, because it’s not particularly fun or innovative. 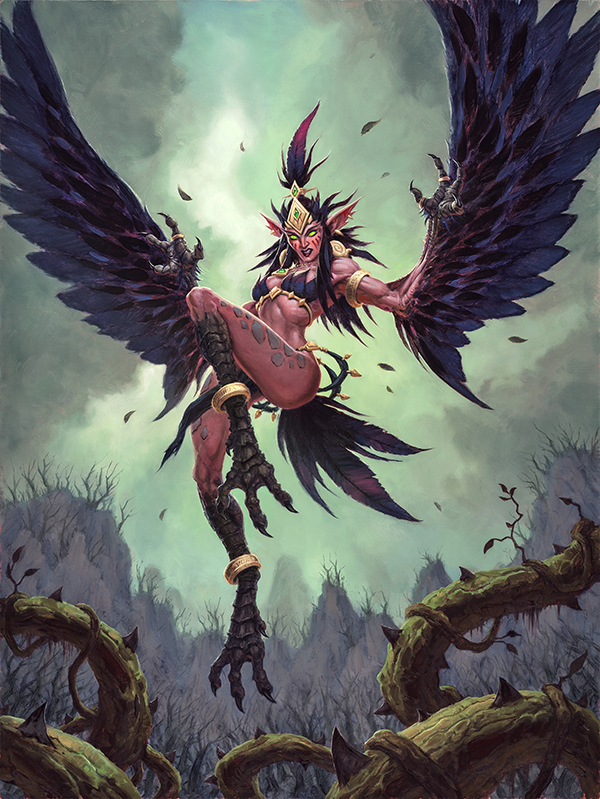