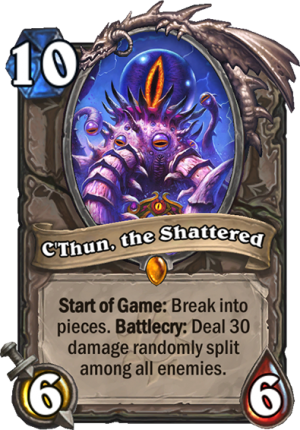 C’thun, the Shattered is a 10 Mana Cost Legendary Neutral Minion card from the Madness at the Darkmoon Faire set!

When you add C’thun to your deck, those four pieces get shuffled at the start of the game. After you play all of them, C’Thun, The Shattered gets shuffled into your deck. 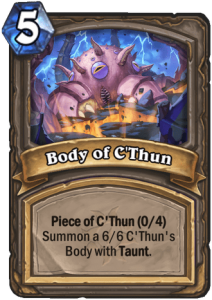 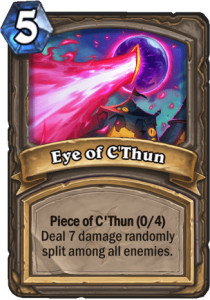 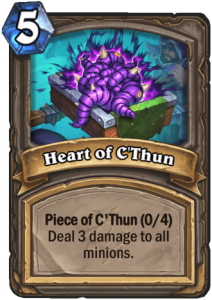 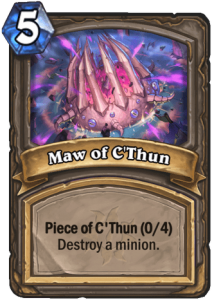 Cards Relating to C'thun, the Shattered