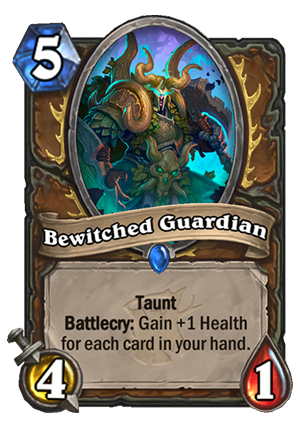 Bewitched Guardian is a 5 Mana Cost Rare Druid Minion card from the The Witchwood set!

Taunt Battlecry: Gain +1 Health for each card in your hand.

This is basically a Twilight Drake for 1 more mana, which immediately gains Taunt. To be completely fair, I think that Twilight Drake is still better. Druid has enough Taunts anyway, it’s not like it absolutely needs one like that to survive. Since Aggro decks are running Silence in pretty much every build, this is also a very juicy Silence targets, more so than most of the other Taunts. Since this gains Health as the Battlecry, it will end up being a vanilla 4/1 after getting Silenced, unlike e.g. a Druid of the Claw, which would be a 4/6. That’s a huge difference – your opponent can just trade a 1-drop into it and you have no body at all to trade with.

That said, there are some advantages over the Twilight Drake. Most importantly, Oaken Summons synergy. Or rather, the anti-synergy with Drake – it would pull the 4/1 version, and this one dodges it, because it costs one more. And in case it can’t be Silenced, putting a big Taunt in the mid game against Aggro could work out quite nicely.

Plus, you could obviously run both if you don’t play Oaken Summons. If Hand Druid actually works, this would often be e.g. a 4/7 or 4/8 Taunt for 5, which isn’t that bad at all. However, I actually don’t see Hand Druid working at all. The concept might make some sense, but there are just not enough synergies or incentives to run it. 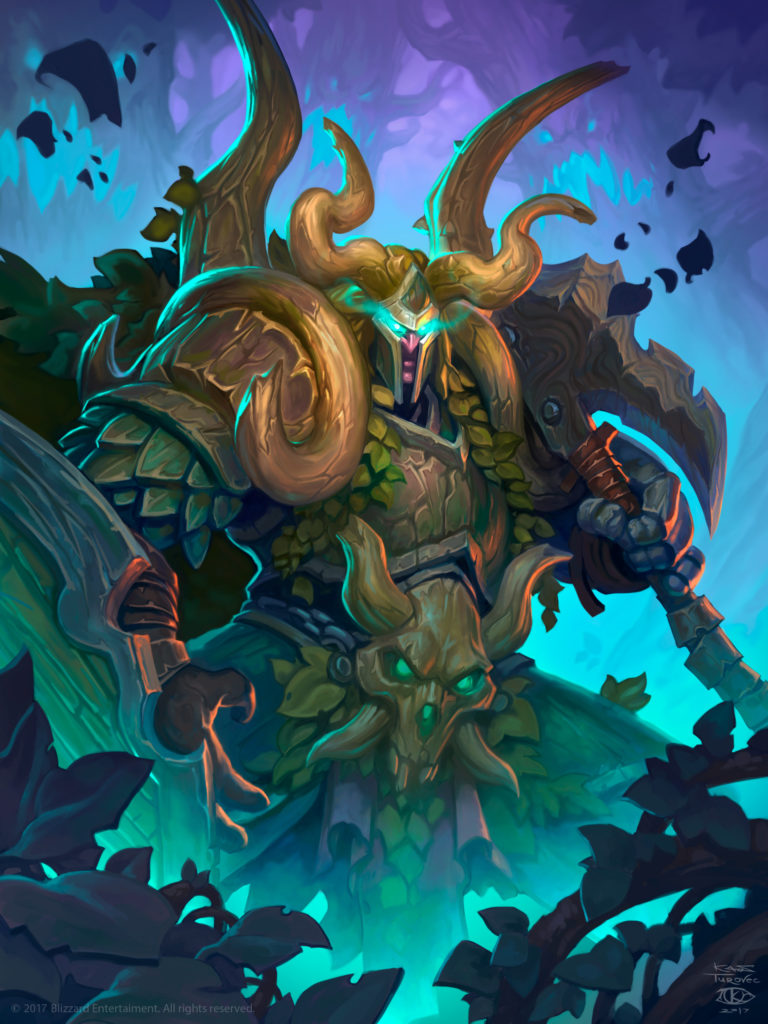