Now, the question is – is it enough? Paladin will get weakened with the nerfs of Sword of the Fallen and Pen Flinger. While Pen Flinger hurts the best Libram version, I’m afraid that only slightly nerfing Sword of the Fallen (it should still be a good card in this form) might just mean that Secret Paladin will be the more dominating build. Spell Mage will most likely drop Deck of Lunacy, which was the biggest complaint, but I can imagine that it will still be playable. After all, all the games where you don’t get Deck of Lunacy are absolutely winnable. Players will just need to optimize builds for the fact that they can no longer get random win conditions. Between nerfs to Jandice Barov and Pen Flinger, Rogue (the 3rd strongest class) will also get a hit – nerf to Pen Flinger not only means less burn potential but also the main way to trigger Field Contact is much worse now. And finally, two Watch Posts are easier to remove, which makes them much less annoying to face. Dealing 3 damage on Turn 2 is easier than 4, so Far Watch Post specifically should no longer lock some of the players from the game when dropped on curve (or even T1 with Coin).

Overall, I’m quite happy with the nerfs, the worst offenders were targeted, but I’m a bit worried that they might not be enough. I hope that it will give other classes some breathing room, and hopefully Blizzard will react again in case Paladin is still too strong. 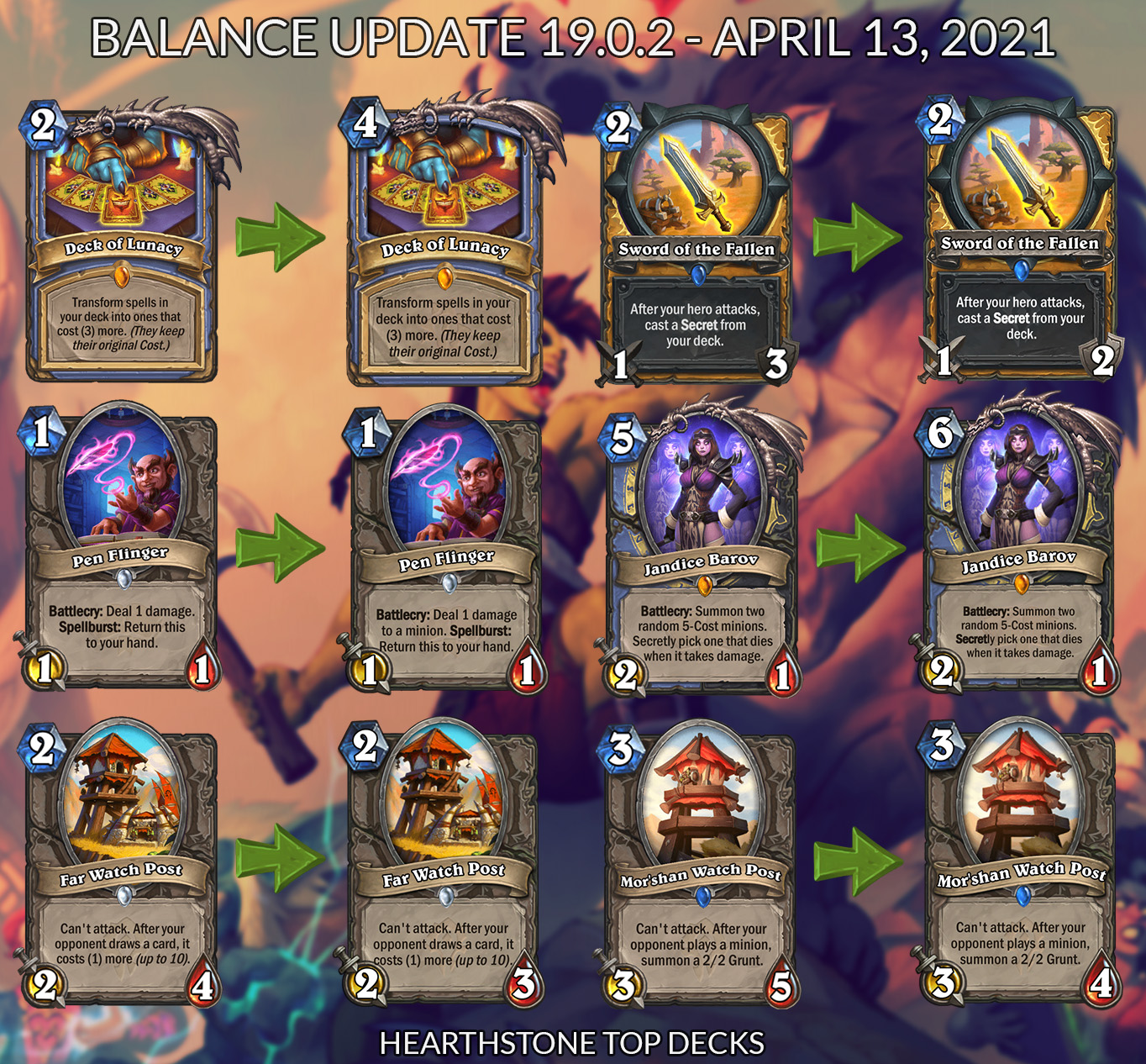 On top of those, Patch 20.0.2 will contain a bunch of Battlegrounds & Duels changes (learn more about them here), as well as multiple bug fixes: