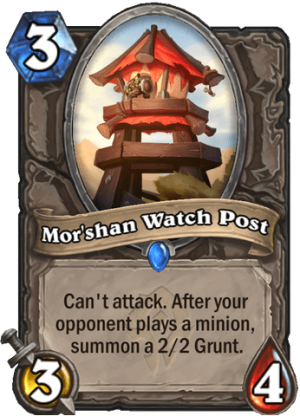 Mor’shan Watch Post is a 3 Mana Cost Rare Neutral Minion card from the Forged in the Barrens set!

Can't attack. After your opponent plays a  minion, summon a 2/2 Grunt. 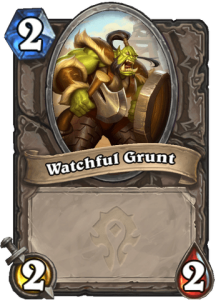