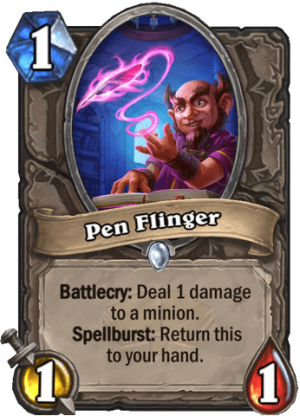 Battlecry: Deal 1 damage to a minion. Spellburst: Return this minion to your hand.

The pen is also a more aerodynamic short-range projectile than the sword.
Tweet