I’ve got some good news, or bad news, depending on whether you like to watch the pre-release streams. On the one hand, it’s pretty fun to check out the new cards played so early, and it doesn’t do much harm on the actual meta (because let’s be honest, a few streamers won’t discover what’s best in such a limited environment). On the other hand, it ruins the fun for some people, showcasing which cards might work well and which not. But more competitive players feel obligated to still watch it despite that, exactly because it’s better to theorycraft based on limited experience than none experience at all.

Still, tomorrow (March 26), a bunch of popular streamers / pro players will be streaming Ashes of Outland and making their own decks / testing them among themselves. Here’s the list of announced players: 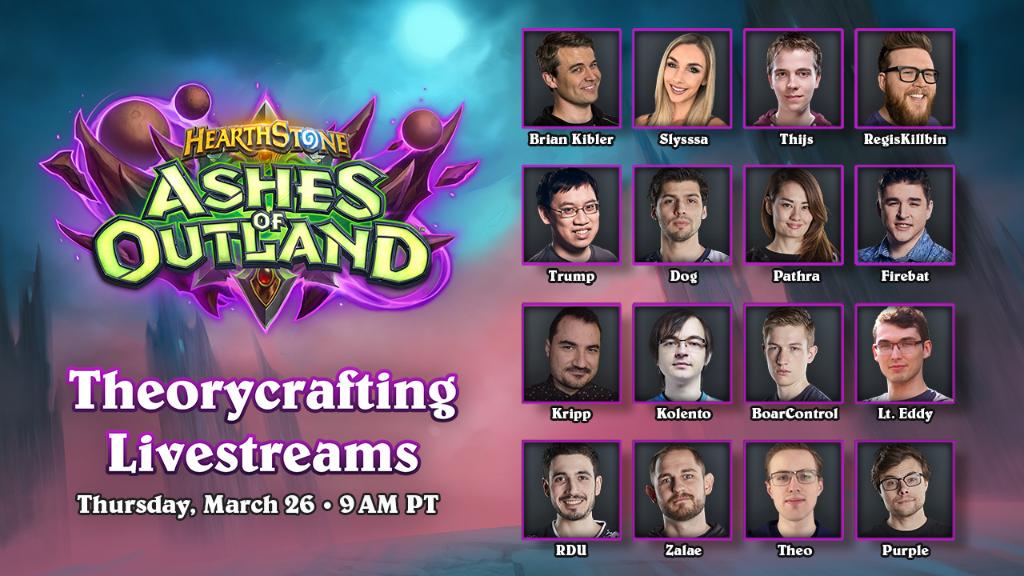 If we go by the previous theorycrafting livestreams, more players might join them too next day (March 27). We’ll see.

Would you like us to share theorycrafting deck lists from those streamers? We’ll be creating our own theorycrafts (but those will be PURE theorycrafts with no testing, obviously), but if you would like us to posts decks tested by Thijs, Regis, Kripp, Dog and so on, we can do that too. Let us know in the comments!