Hearthstone is an infamously feature-light game. Since its beginnings, very little has changed about the game on a fundamental level. We have seen a few things like ranked rewards and tavern brawls added, but for the most part Hearthstone is now as it has been. The reasons for these changes range from lack of man power on the team, the perception that a feature wouldn’t be used by most players, lack of desire to make a change from a design perspective, or simply confusion over how to best do something right.

As such, many features have been requested by various parts of the community to no avail, one of the more prominent requests being a tournament mode. Players are looking for a competitive constructed mode, but the problem that the design team seems to be running up against, judging from their post about their cancellation of the feature, is that they don’t really know how to design a tournament mode that appeals to enough people. They want a good return on their design investment.

Unfortunately, Blizzard also tends to be rather tight-lipped about things. We don’t know what designs for tournament mode they did or did not try, what they considered, and why they scrapped it. This makes it difficult to lend any kind of design ideas as for what the mode might look like. As such, I figured I could simply outline what my personal design for a competitive mode would look like (and why), in the hopes that something clicks. 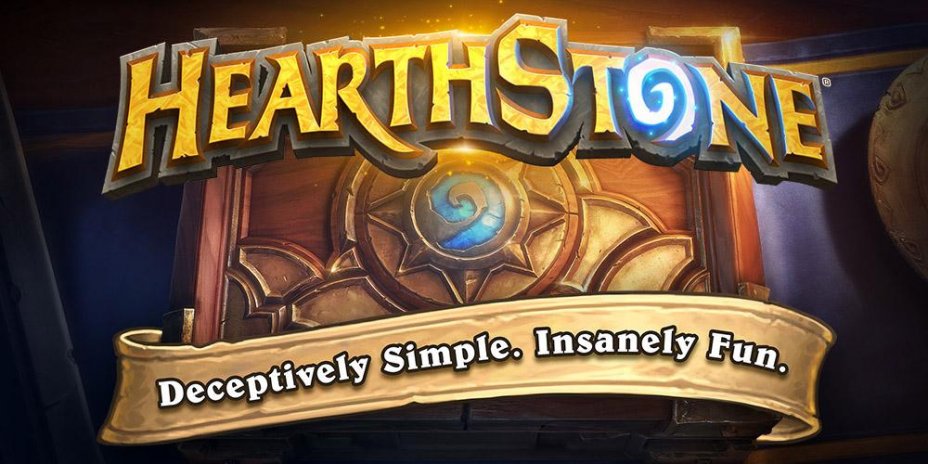 Hearthstone prides itself on being intuitive and simple. This is a good thing and, thankfully, we don’t need to change the layout of the game much to make a tournament mode option. If we wanted to keep things are familiar as possible, we have already seen a tournament mode for constructed: it was called Brawliseum. It’s a constructed version of Arena where a player puts in 150 gold/$2 as an admission fee, locks in a single deck and then plays until 12 wins or 3 losses. This is a fantastic shell because it is familiar to players of all skill levels, easy to implement, and not very complicated; just copy a single deck string and go. The UI already exists to make it happen. It also happens to mimic ladder and Arena, which is great as it builds continuity across formats.

Another huge upshot of this kind of format is that it allows tournaments to be played asynchronously. Rather than needing to sit down for hours at a time to work through the brackets of a specific tournament with specific players – something that most players don’t have the time to do – this would allow competitive events to played on one’s own time when it’s convenient. This would make tournaments adopt one of the most appealing parts of Hearthstone: the ability to pick it up and put it down whenever.

What it does not do, however, is build continuity across the competitive scene which currently uses a 4-deck system in GM, while qualifiers are still largely being played in Specialist. Neither of those formats resemble ladder. This competitive mish-mash of formats is something of a problem because it can make the lessons learned in one area of the game less applicable to the others. We want players to feel a natural connection between these formats, and right now that is a failure.

As such, it is possible for the tournament mode to require players submit 3-4 decks (depending on whether you want a ban) and play several best-of-3 matches (again, until 12 set wins or 3 set losses). This would mimic the GM format and help remove some of the variance to let the best players shine better, but it adds a lot of complications: building a line up is more difficult and expensive, the UI would be less user-friendly and, most importantly, it would make matches take a lot more time, removing some of the ability to pick it up and put it down for players with less dedicated time on their hands. For this reason, I prefer the former, single-deck approach. The more complicated formats could be used for larger events.

Step 2: Make the Rewards Meaningful for Everyone

To make an appealing game mode, the rewards need to feel meaningful for all players, from casual to competitive. We want people to always have a motivation to play it. Achieving this goal is simple for most players who want to play competitively but don’t want to attend major events: offer the standard rewards available to Arena players. Good finishes net gold, cards, dust, and/or packs, and if you’re a good player you should be able to go infinite in this mode, getting more out of it on average than it cost to enter. For anyone who just wants to play Hearthstone and unlock in-game content, this works just like Arena.

For the players who do want this mode to build towards something competitive – like a large tournament with cash prize money – another system could be put in place to award competitive qualification points, like ladder used to. In this case, something like the average win rate across the first 20 runs completed each month would be calculated, representing the number of competitive points that player earned. So, if you completed 20 runs and ended up with a 60.5% average win rate, you would receive 60.5 competitive points. The number of runs that count towards that total would be capped around 20 for several reasons: (a) it doesn’t reward those who simply play the mode more often in a disproportion way and (b) it should provide people with a reasonable number of runs to complete in a month. If you ask too few runs of people each month there will be too much variance in the results to feel good; if you ask too many runs you will make the format seem to grindy. From there, it’s a simple matter of taking the top point earners every month (or however often you want to do it) and giving them an invite to a tournament that would qualify players for cash prize money and/or admission to other tournaments.

However, to truly motivate players to play this new mode (and the game in general), there’s one more big reward that needs to be offered; one that the game is currently missing: cosmetic rewards that tell you about a player’s skill and dedication.

Way back in Hearthstone’s history, things like golden hero portraits and a legendary card back used to be much rarer sights. If you saw a player with one of them, it told you something meaningful about that player’s skill and dedication. As the game has aged, however, more and more people hit those milestones to the point seeing golden portraits is common place. If a player is particularly good or dedicated to the game and they want to honestly demonstrate that fact to others quickly, they have no real means of doing so.

For instance, you get a golden portrait at 500 wins with a class. I currently have over 14,000 wins on Rogue. Despite that, my portrait will look the game as someone with 500 wins. Since I want to feel special and let other people know I am (don’t we all?), I’d like some way of distinguishing my achievements. This requires a new type of reward that scales continuously with experience.

What we really need is another in-game resource, which we can tentatively call purple crystals. You gain one of these per ranked win, get some with your end-of-season rewards for ladder rank, and you could also earn them as a reward for finishing well in this new tournament mode.

These crystals could be used to purchase cosmetics exclusive to an in-game shop: new card backs, hero reskins, new entrance or hero power animations, clickables for game boards; you name it. These cosmetics should be expensive. You want that new Shaman skin? Of course you do, and that’ll be 1,000 crystals. You want this shop to offer so many rewards at such a steep price that players will only have a few in their personal collection. Players will never be able to unlock all of them, meaning they will always have a reason to keep playing the game, whether just on ladder or in a tournament mode. The players could then only bling out a few things in their game, forcing them to make difficult choices about who their favorite heroes are and get cosmetics accordingly.

This allows people to signal something about themselves to others, and that fills a great psychological human need.

Having something to strive for and achieve is a crucial part of maintaining player motivation, and so these rewards need to be meaningful. To truly be meaningful – and I know Blizzard won’t like to hear this part – they cannot be available for purchase with cash. They need to be earned-only because the moment you can just buy them is the moment they lose value. If they can be purchased, I will either learn that a player spent a lot of time achieving in the game or that they have a lot of money to burn, and you don’t want to get those two signals confused.

In essence, these cosmetic rewards would be like the golden guns earnable in Overwatch, but much more extensive and varied in terms of what you can buy.

Combining these three points, we end up with a simple and intuitive new game mode that offers meaningful rewards to competitive and casual players alike while also not requiring that players dedicate several consecutive hours to tournaments. We can provide motivation for players to engage with the game as much as they want, with reasonable and on-going goals at their own leisure. This should also minimize development time from the team as it leverages many existing in-game systems. It’s hard to envision a better pairing.