This week’s Tavern Brawl is “Shake, Deathrattle and Roll!”

There’s a whole lotta rattlin’ going on! Choose a class and get a random deck. Every minion you play will gain a copy of a random minion’s deathrattle effect! 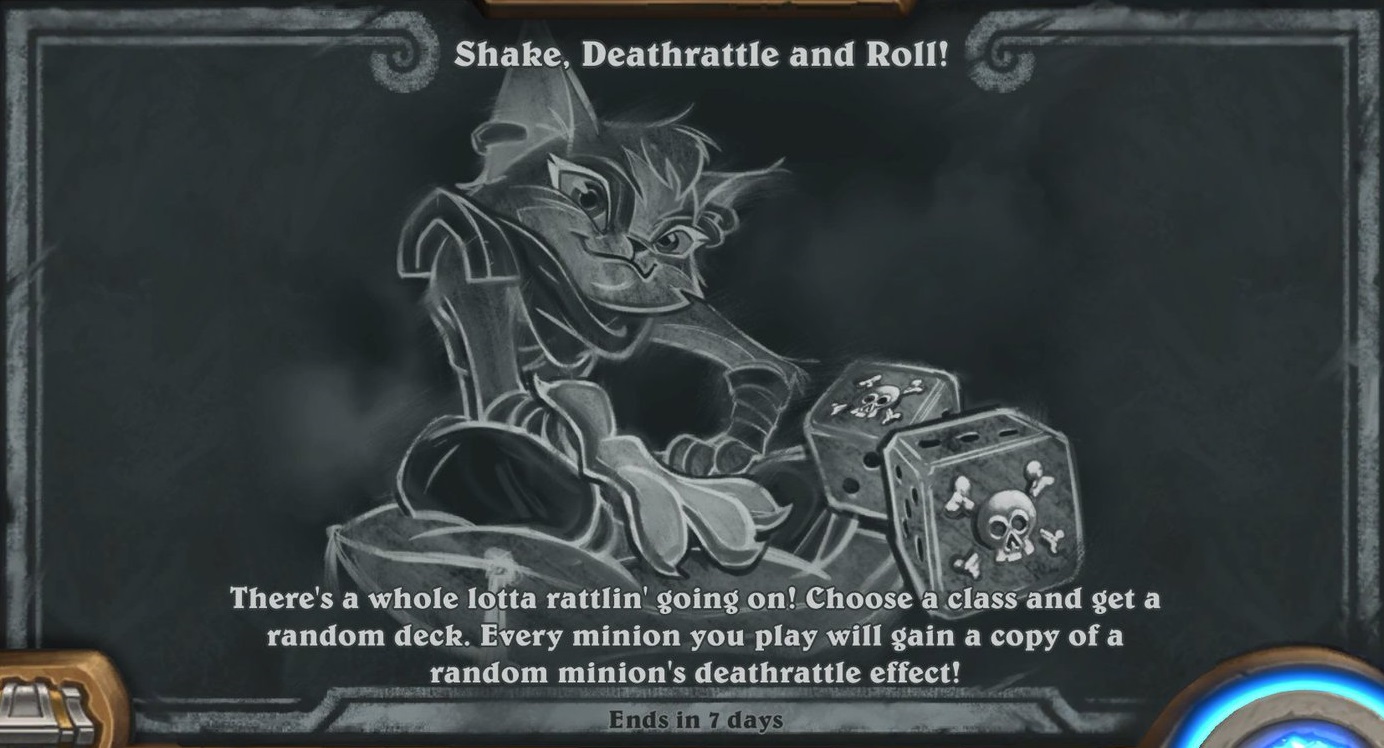