Webspinners are so passé, macaws on the other hand…macaws are the future! Take flight with a deck of 23 Jeweled Macaws and 7 random class spells. 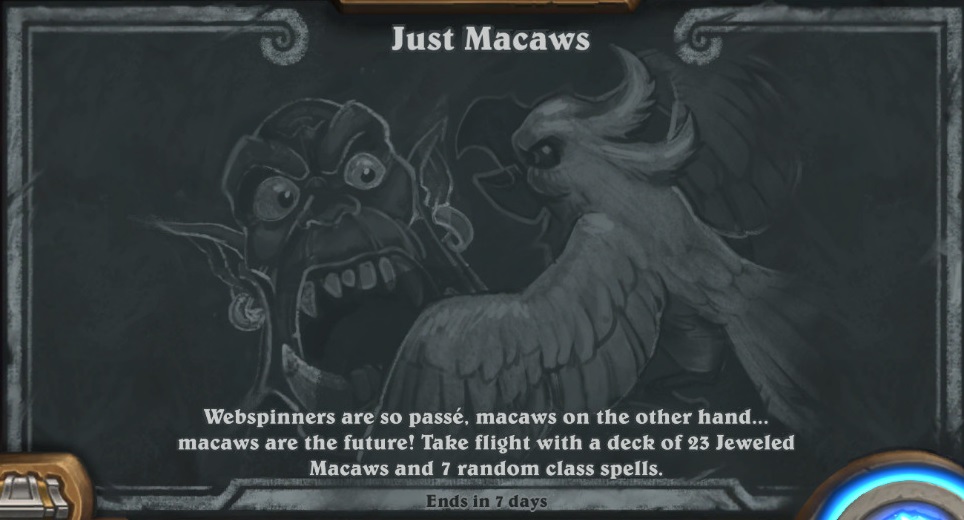