How much are willing to sacrifice for power? All your spells will cost health instead of mana! 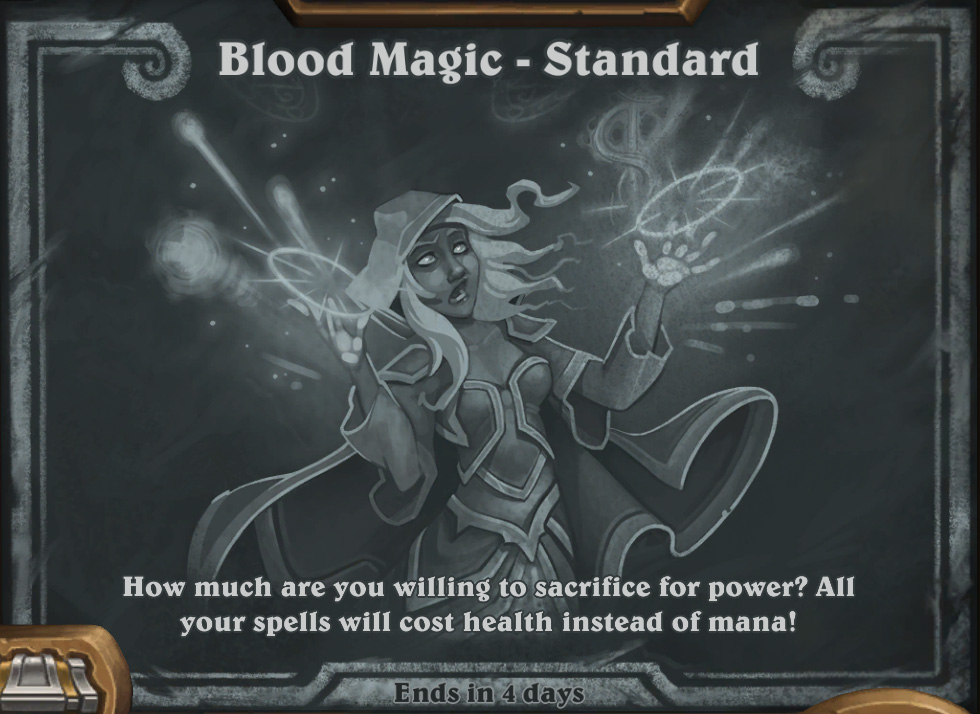 Since the format is Standard, we can’t just use decks from previous Brawls. If you have any ideas, share them in the comments (preferably in a form of links to the decks created through our Deck Bulder) and I’ll feature them here!