Update: It’s your last chance to grab the bundle if you’re interested. It expires tomorrow, probably around 10 AM PDT / 19:00 CEST.

Blizzard has been really pushing cosmetics in Hearthstone for a while now – Hero skins, which were quite rare in the past, are now very common and easy to obtain (either by playing the game or through purchases like this one). And so, as a part of Fire Festival 2021 celebration, they’ve released an Eternal Flame bundle.

The bundle contains three alternate Hero portraits + a card back:

The entire bundle costs $19.99 – which makes it a fitting $6.66 per Hero skin with a card back on top of that. Frankly, it’s a pretty good value if you’re into cosmetics, given that those alternate Hero portraits look AMAZING and they also all have a unique set of voicelines. Ragnaros in particular is the most fleshed out one, as it also has multiple interactions with different Heroes, casting various Fire school spells (such as Volcano or Molten Blast) and so on.

Of course – there’s a pretty high chance that they will become available for in-game Gold in the future, but the question is when. Many of the old event portraits are still unavailable.

You can get the bundle in game or through the Battle.net shop. The deal expires on July 20, probably around 10 AM PT. 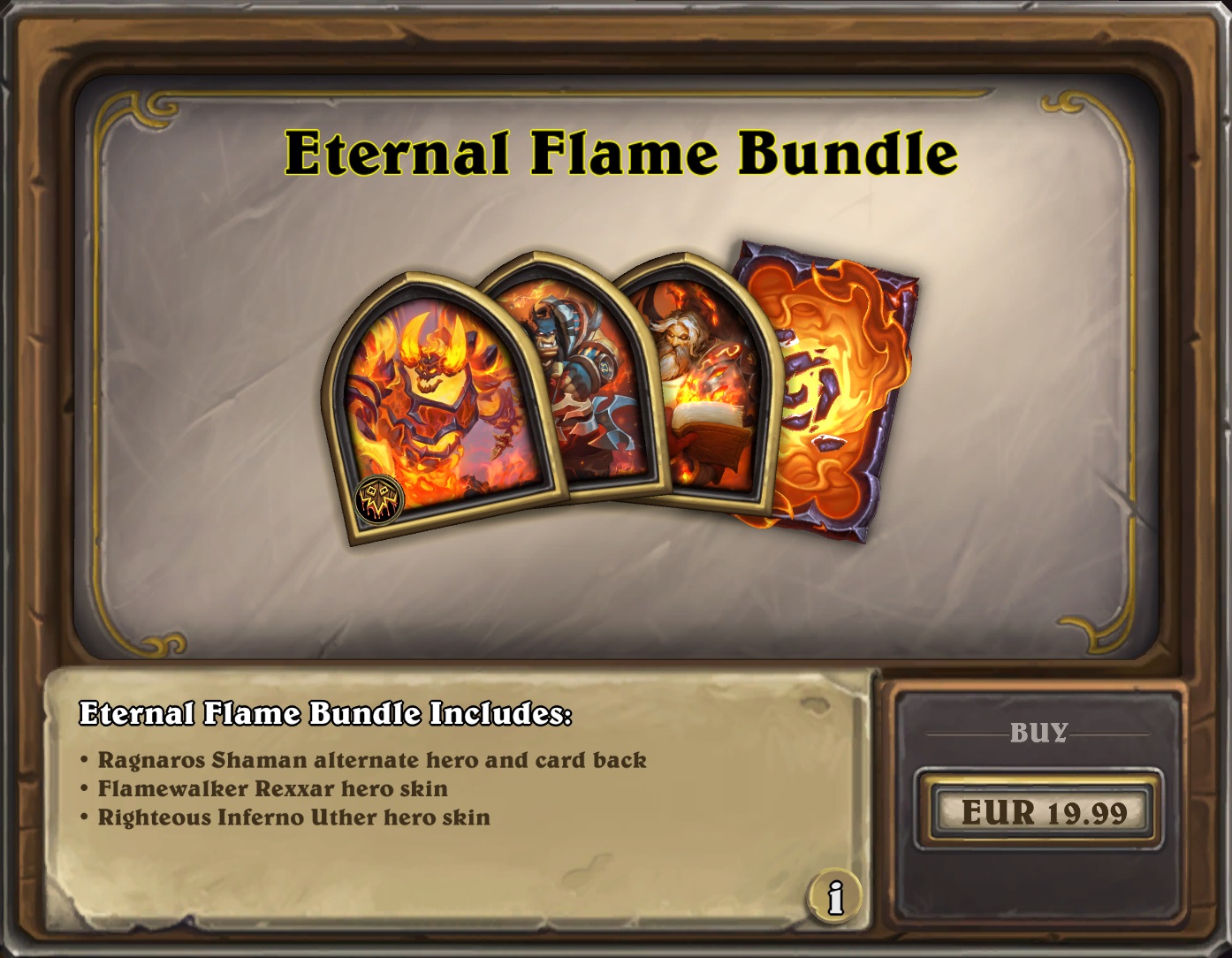