Update: It’s your last chance to get the bundle, since it expires tomorrow!

Overall, it’s a really solid deal if you want to get into the Wild format. Each individual packs costs only $0.625, while the usual bundle deals are around $1 per pack (the regular price is even higher). If you don’t play Wild, you can still get them just to get some extra Dust from disenchanting the cards – but I’m not sure if that’s worth it.

You can get the bundle in game shop or through the Battle.net shop. The bundle is available until September 14, so there’s not much time to grab it. 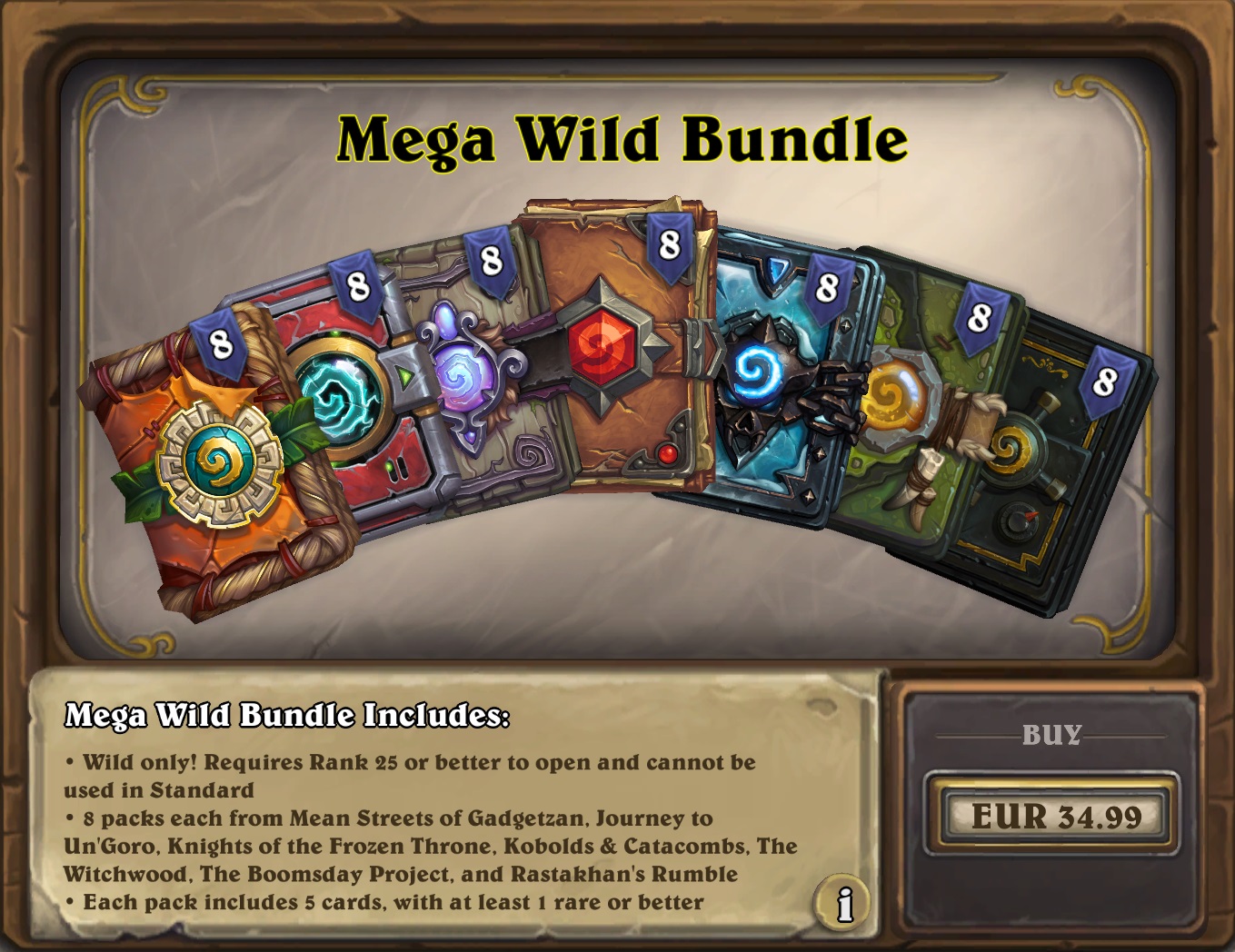