The first new game mode for Hearthstone in ages was revealed at Blizzcon: Hearthstone Battlegrounds! It is Blizzard’s version of the popular Auto Chess or Auto Battler genre that includes all the core concepts of an auto battler in a Hearthstone environment. We already have a guide that describes how the game mode works in detail, and in this article I will examine what exactly makes it different from all of its competitors.

What Makes a Game an Auto Battler? 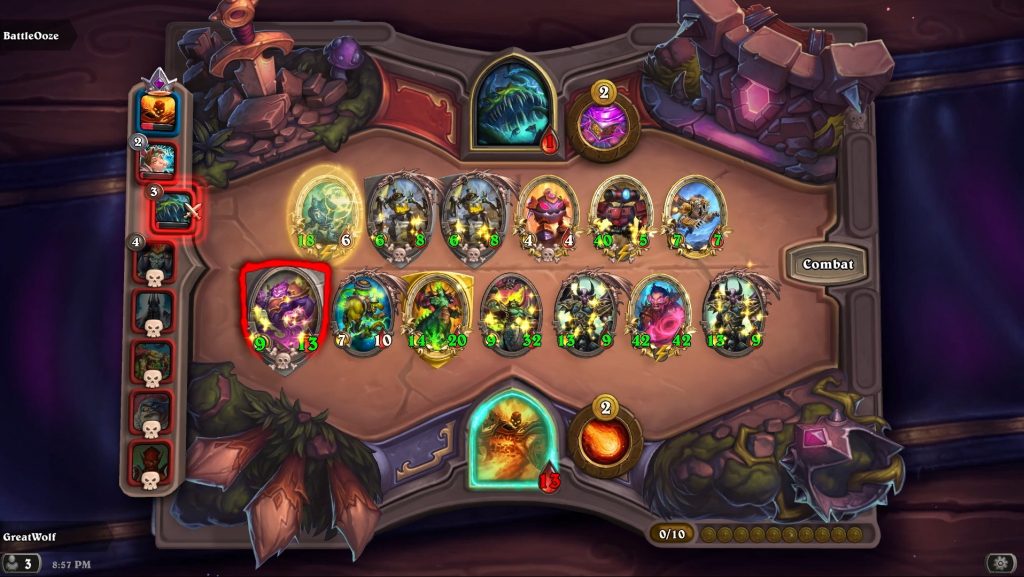 All games in the auto battler genre share a number of characteristics:

Hearthstone Battlegrounds is made to be easy to play and fast to pick up, and you can easily get started with it with no prior auto battler experience. In a typical auto battler, you need to memorize a lot of information in order to make good decisions quickly and they easily take tens of hours of gameplay to get comfortable with. If you have not played Hearthstone, there is some learning curve to Battlegrounds too, but because it mostly uses existing Hearthstone cards as minions, the learning curve is very fast if you are familiar with Hearthstone cards already.

For people familiar with other auto battlers, a number of features that you may take for granted are missing from Hearthstone Battlegrounds:

Coins do not carry over to the following rounds and everything costs the same. Economy management in Hearthstone Battlegrounds is simple. You start with three coins on the first round, and you will gain one coin more each round up to a maximum of ten. It’s just like mana in Hearthstone. If you do not spend it all, the leftovers are wasted. Every minion you are offered costs the same, three coins, and you get the same price for each minion you sell, one coin. Whereas other auto battlers have different economic strategies – try to go aggressive at the start or try to save up for a big swing later – Battlegrounds is very straightforward. This also means that individual rounds do not get very complicated: in other auto battlers, you might save a lot and then have some hectic rounds where you build up your army with all the resources you have saved, but in Battlegrounds you spend slowly and steadily to build your army throughout the entire game.

There are no items. You cannot boost the performance of your minions with items. However, minions have Hearthstone card effects, such as Battlecry and Deathrattle effects, and those can buff up your army. Effects that work in the shopping phase turn into permanent buffs.

There are no alliances. There are no grand synergy goals in the game. However, the Hearthstone card tribes (Mech, Murloc, Beast, Demon) are there, and some minions have synergies with a specific tribe. You can use any number of such minions and the synergies scale accordingly.

There is no grid board and attacks are random. The board is a Hearthstone board. Up to seven minions, side by side. The minions will attack from left to right, so you can choose the attack order when you position your minions on the board. Targets are random, with the exception that Taunt minions are attacked before non-Taunt minions. In effect, you have far less control over the battle than you do in other games, because you cannot position your army as accurately.

You cannot see the other armies. There is no way to view the armies of other players, other than seeing what they have when you battle against them. This means that you cannot make your minion and positioning choices based on what the other players are doing. In other auto battler games, choosing and adjusting your strategy based on the army compositions of your opponents is a major part of the game, both in order to counter them and to steer away from heavily contested minions.

If you have never played an auto battler before, but you have played Hearthstone (a fairly reasonable assumption for an article on a dedicated Hearthstone site), Battlegrounds is easy to pick up. Because the minions are Hearthstone cards with Hearthstone effects, you should feel right at home. Building a Mech army or a Murloc army can be done, you already know what cards buff up a particular tribe, and you know what Deathrattle minions do. 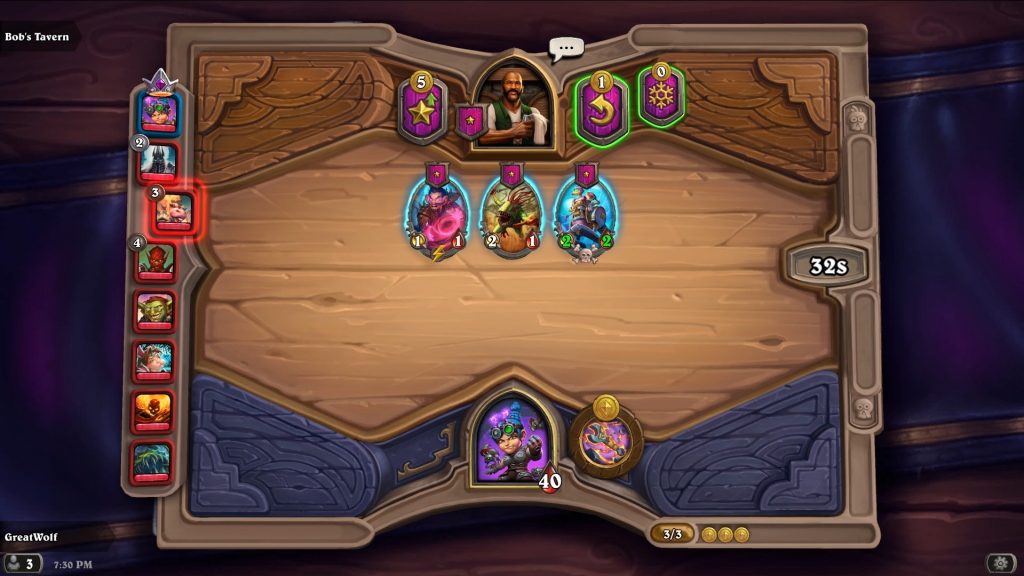 Because the economy model is simple and keeping an eye on other players is less useful than in other auto battlers, you can focus on picking the right minions. For a Hearthstone player with no prior auto battler experience, it is enough to keep a few things in mind:

Hearthstone Battlegrounds is just entering beta, so there can still be many changes to the game mode, perhaps even major ones.

The overall impression of the early days is that stats matter a lot. Picking up Battlecry effects that buff up your army, perhaps even selling the buff minions in order to buy new copies of them to apply the buffs over and over again will result in huge minions that can steamroll over much of the opposition, at least until they meet some Poisonous minions with Divine Shields, which can really mess up an army – depending on where the attacks land, because the targets are random. 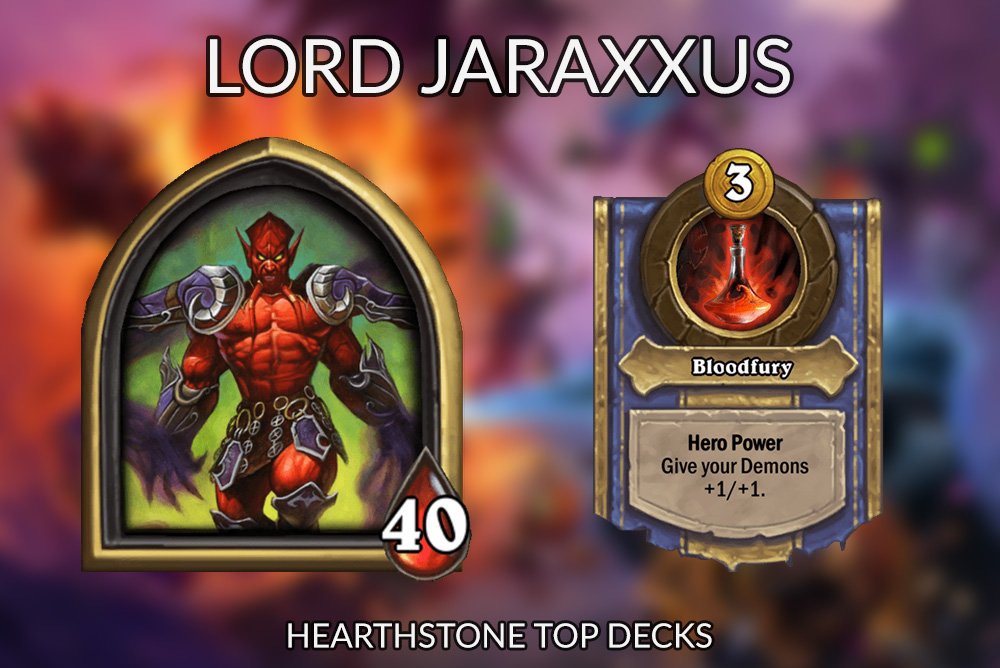 Because you get to see very little of what your opponents are doing, you need to go on with your own plan from the beginning. Because the effective strategy is to buff up your minions, changing army composition in the late game to counter your opponents is difficult. The best indication of what to go for and what to expect are the Heroes that players have chosen: there are 24 Heroes in the game, and each one is only offered to a single player, so all Heroes in every match are unique. For example, if you face Jaraxxus, Eredar Lord of the Burning Legion, you can expect to meet some Demons. If you meet Nefarian, you can expect to lose any Divine Shields right at the start of the battle. A Shudderwock player may opt to stay on tavern tier two and try to roll for an army of Pogo-Hoppers. We have a detailed guide to all the Heroes, if you want to become familiar with them in advance.

Hearthstone is the digital card game that embraces randomness and reacting to random events the most. Battlegrounds is the same for auto battlers. There are many decisions to be made when you choose how to build your army, what synergies you go for, and how it all works out with the Hero you have chosen. However, once the battle begins, you are on the edge of your seat hoping for good attack target outcomes. Every single streamer I watched during Blizzcon attributed some of their losses to randomness and poor RNG with targets. It is not like auto battlers have no randomness to begin with: the minions you are able to find from the shop matter a lot, and sometimes you just don’t find the final missing piece to make your army composition great. Battlegrounds has this too, but it also adds a lot of randomness to the actual battle. Hearthstone’s designers love it that way, so perhaps you will too.