Yet another oldschool card back is brought back by Blizzard and sold in the shop. We’ve already seen card backs such as Naxxramas, Cupcake and Magic of Dalaran. At this point it seems to be a common thing, so we should expect more old card back being available in the future.

The card back is available for either 500 Gold or $2.99 / €2.99. It’s a limited time offer, we don’t know how long will it last, but we assume either until the next week or until the end of the event. So if you want it, get it quickly. 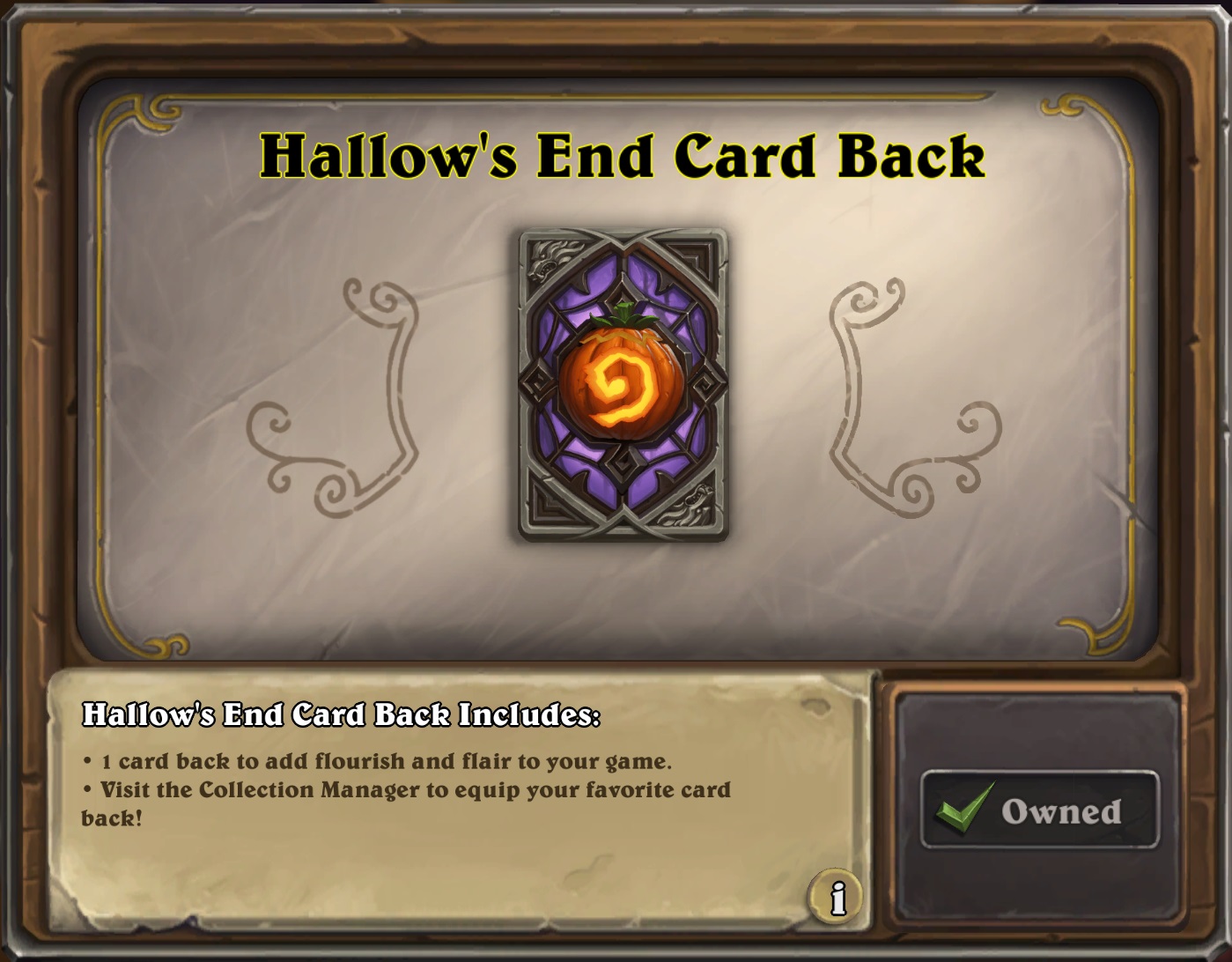