The deal seems… pretty good. $1 per pack is the regular price in those bundles, so it really depends on the extras to judge whether it’s worth it. And 2 Legendaries are a really nice bonus, especially for people who already opened a lot of packs from Darkmoon and are mostly missing Legendaries. The biggest downside is that packs are from Scholomance Academy and not Darkmoon Faire – especially since it will be the first expansion to have a mini-set released ~2 months in, so extra packs would always come handy at that point.

Of course, we wonder how well the bundle will sell given the recent protests around the new progression system – if players will actually not spend the money and Blizzard will notice a drop in the sales, maybe they will consider adding some extra value to the rewards track. Who knows?

Anyway, the bundle is now purchasable in game and through the Battle.net shop, and it will be available until December 7. 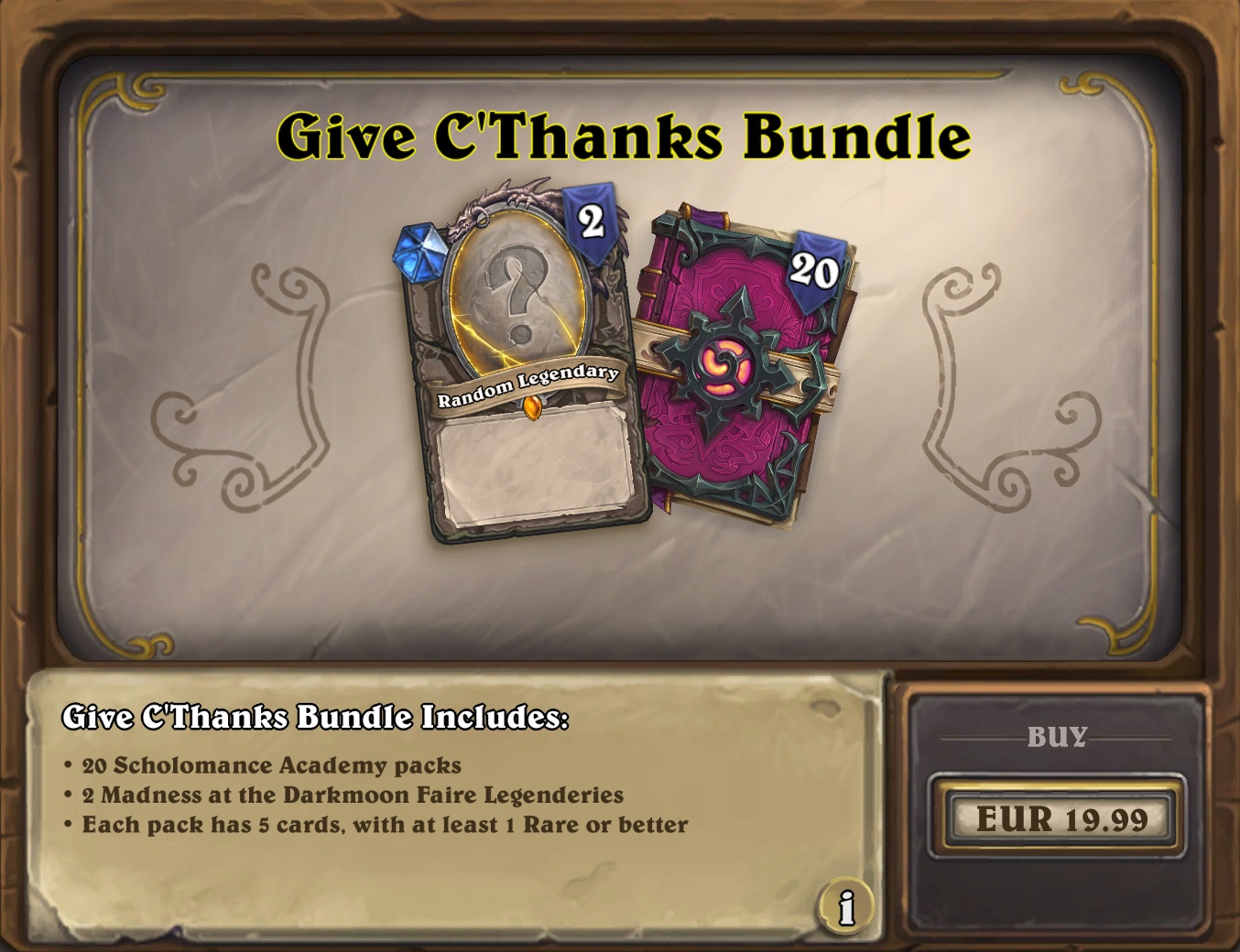