Blizzard has been bringing old card backs to the shop lately. We’ve already seen card backs such as Naxxramas, Cupcake and Magic of Dalaran. At this point it seems to be a common thing, so we should expect more old card back being available in the future.

However, this time is a bit different – previous card backs were originally awarded for playing during a certain ranked season, no money involved. Eyes of C’Thun card back was bought alongside the Whispers of the Old Gods pre-order, making the situation a little bit different.

The card back is available for either 500 Gold or $2.99 / €2.99. It’s a limited time offer, we don’t know how long will it last, but given how long others were available for, we assume a few weeks at most. So if you want it, get it quickly. 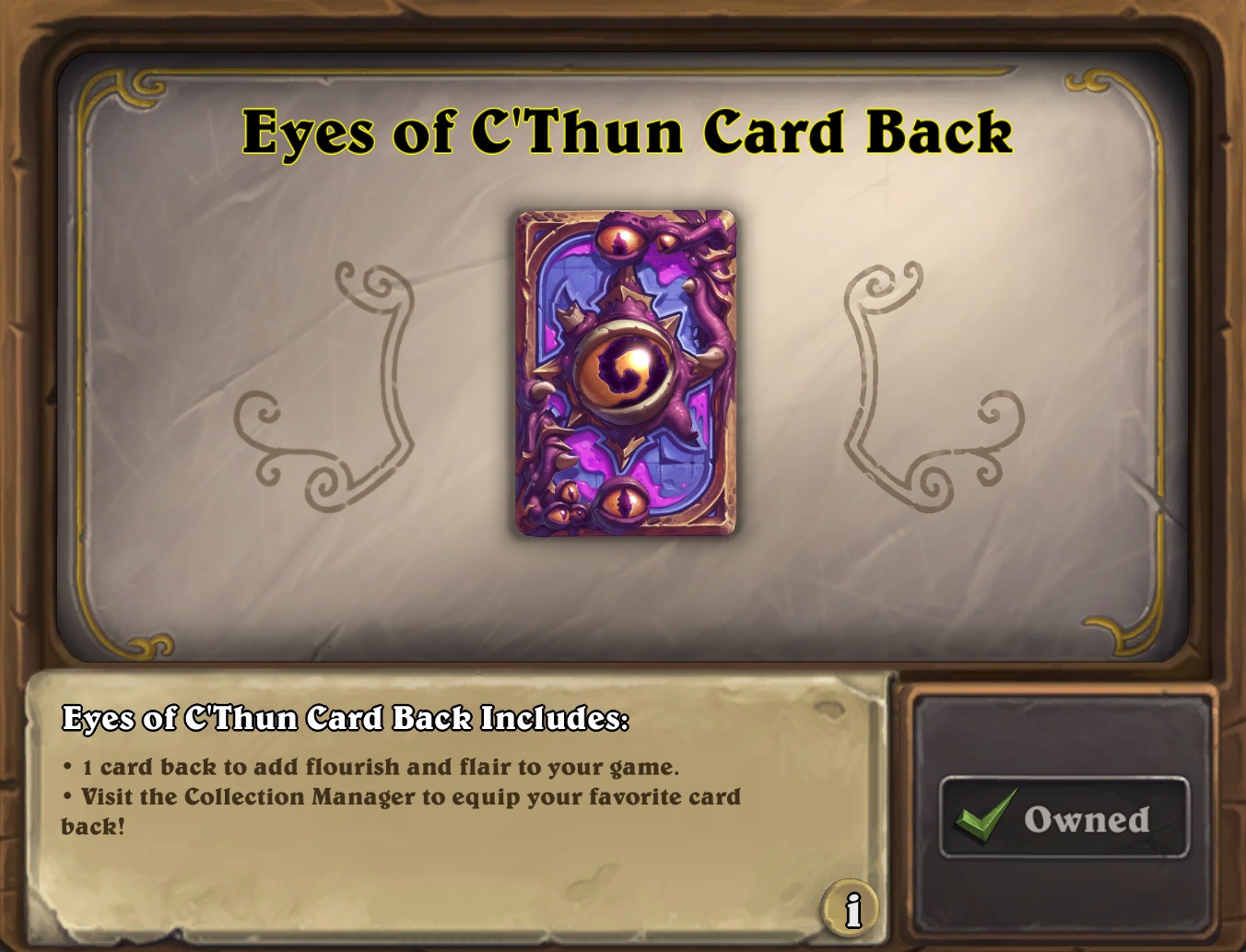