A new bundle is now available in the shop, and it features a new type of pack we haven’t seen before – Year of the Dragon Pack. Year of the Dragon packs can contain cards from any of the three Year of the Dragon expansions – Rise of Shadows, Saviors of Uldum and Descent of Dragons. It makes the bundle a good way to catch up for players who haven’t played much throughout the year. It’s also important to mention that those packs have a separate pity timer than packs from individual expansions, which means a guaranteed Legendary in the first 10 packs.

Bundle contains 25x Year of the Dragon Card Pack + a random Descent of Dragons Legendary. All of that for $19.99 (or 19.99€). Which makes it ~$0.8 per pack with a guaranteed, extra Legendary – much better than any regular pack bundle you can get at the shop.

What’s important, however, is that 50% of the revenue – up to $1,500,000 – from this bundle sales goes towards Masters Tour events prize pools. Since there will be six of them in total this year, if community manages to fill the crowdfunding pool to the limits, it will be extra $250,000 per event – so exactly the same last year. Sadly, unlike last year, there’s no extra Hero portrait to make the bundle more attractive. Players have also asked to remove the crowdfunded prize cap, but it seems that it’s here to stay after all.

Masters Tour Arlington starts just three days from now, but attending players don’t need to worry, as the extra crowdfunded prize pool will be applied to it retroactively after the bundle’s sale ends.

You can purchase it through the in-game shop or the Battle.net shop. Bundle will be available until February 11, 2020. 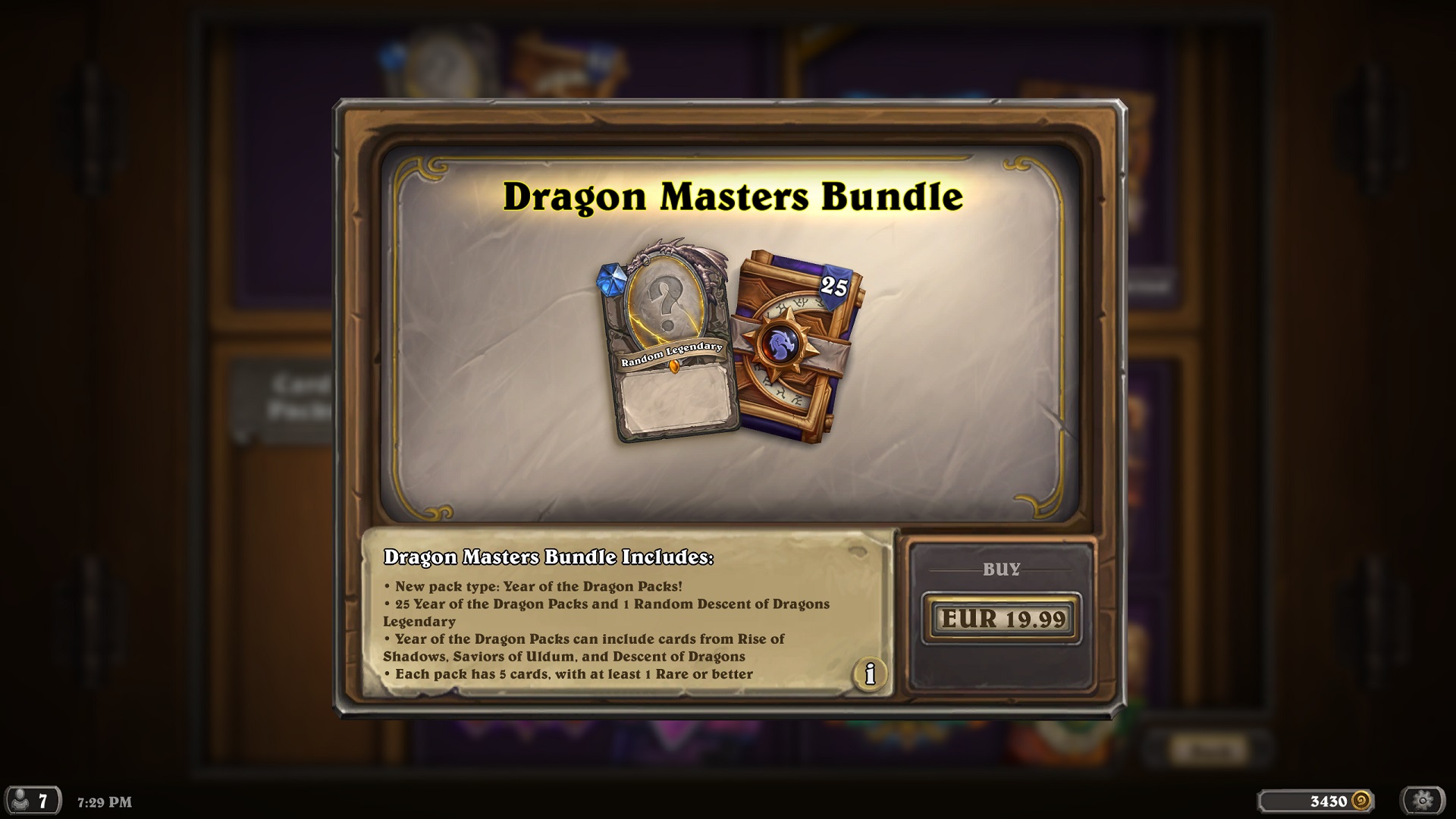 Thanks to the community, the additional prizing of $1,500,000 will be divided between the six Masters Tour events in 2020!