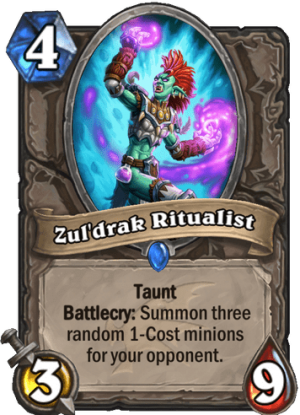 Zul’drak Ritualist is a 4 Mana Cost Rare Neutral Minion card from the Descent of Dragons set!

Generosity is a core value in cult culture.
Tweet