Battlecry: Shuffle 7 Dream Portals into your deck. When drawn, summon a random Dragon. 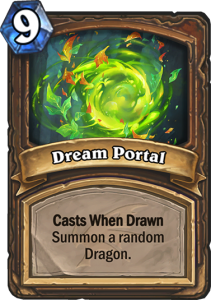