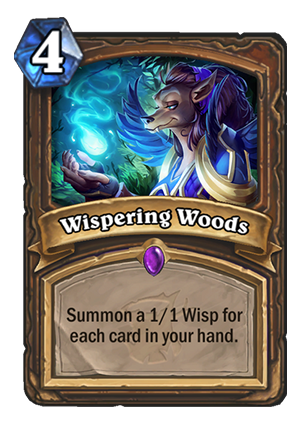 Wispering Woods is a 4 Mana Cost Epic Druid Spell card from the The Witchwood set!

Summon a 1/1 Wisp for each card in your hand.

This card is decent, but it has one significant problem. If we had a dedicated (even non-Aggro) Token Druid deck, its hand size would probably not be that high all the time. And the decks with a bigger hand size (like Big Druid or Malygos Druid) wouldn’t really want to play this card.

It would make some sense in a kind of slower Token Druid – we’ve seen some decks like that a while ago, slotting Wisps of the Old Gods. It was often used to summon Wisps, and well, if you have 7 or more cards in your hand, this would be great. I think this card starts to be “good” in such deck when it summons five 1/1’s. 4 might be playable in certain situations, but not great (think Call in the Finishers – the card has seen virtually zero play outside of the Murloc Shaman, a very fringe deck).

I feel like this card might be playable in a Token-style Midrange Druid, like the good old Violet Teacher decks. That said, the fact that Mark of the Lotus rotates out at the same time makes it significantly weaker. 1/1’s are much easier to take down and much less threatening than 2/2’s. It still has synergy with cards like Power of the Wild, Savage Roar and Branching Paths, though.

Right now, I don’t think that such a deck has enough support to work, though. This card is also not enough to push it in the playable territory. If we see more synergies – it might work. If not – the deck, as well as this card, will be unplayable. 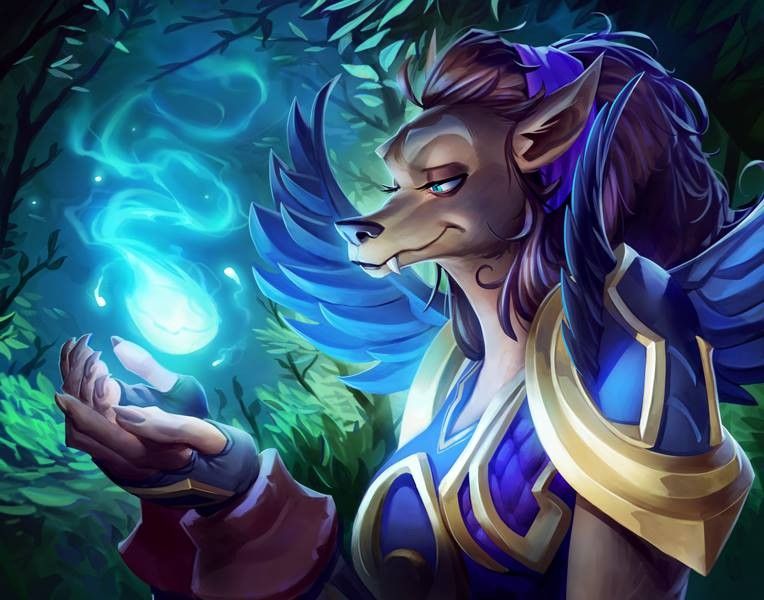