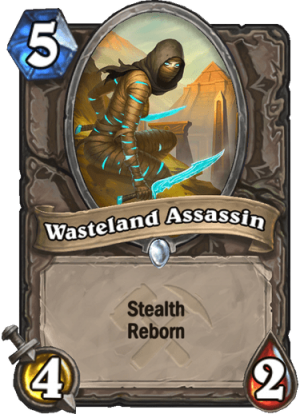 Wasteland Assassin is a 5 Mana Cost Common Neutral Minion card from the Saviors of Uldum set!

They'll never see me coming, what with my glowing body, eyes and daggers.
Tweet