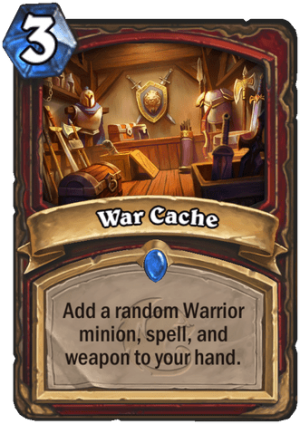 Add a random Warrior minion, spell and weapon to your hand.