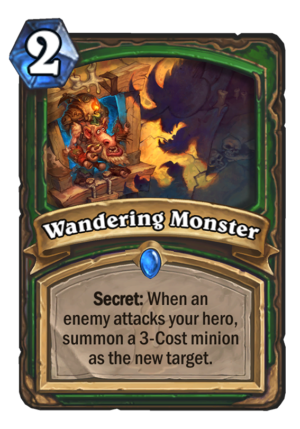 Wandering Monster is a 2 Mana Cost Rare Hunter Spell card from the Kobolds and Catacombs set!

Secret: When an enemy attacks your hero, summon a 3-Cost minion as the new target.

Not all who wander are lost. This one is lost though, for sure.
Tweet

OR “Get Down!” 2.0. This is one of the more interesting Hunter Secrets we have seen in a while now. 3-Cost minions are very often well statted and their health is typically in the 3-4 range, so unlike Noble Sacrifice, the summoned creature doesn’t necessarily die to literally anything that it’s blocking. Still, that does not mean the card is particularly powerful. On one hand, it could be seen as “cheating out” a 3-cost minion for 2 mana, however unlike other similar cards in the same class, it only activates when specifically the face is attacked. Hunters fight for the board and are fought against by whittling down their board – in 9 out of 10 times, the opponent will use their minions to attack yours in the early stages of the game when a 3-cost card is relevant. After that it falls off and becomes barely more than a nuisance for the enemy, though when all is said and done, it does block the attack. As a pseudo-healing card (absorbs face damage), it does look like one of the many unsuccessful tools for the mythical Control Hunter archetype, which still remains unlikely. Obviously we can’t say without having seen the rest of the set, but this card is definitely not enough to support it with the current card pool. 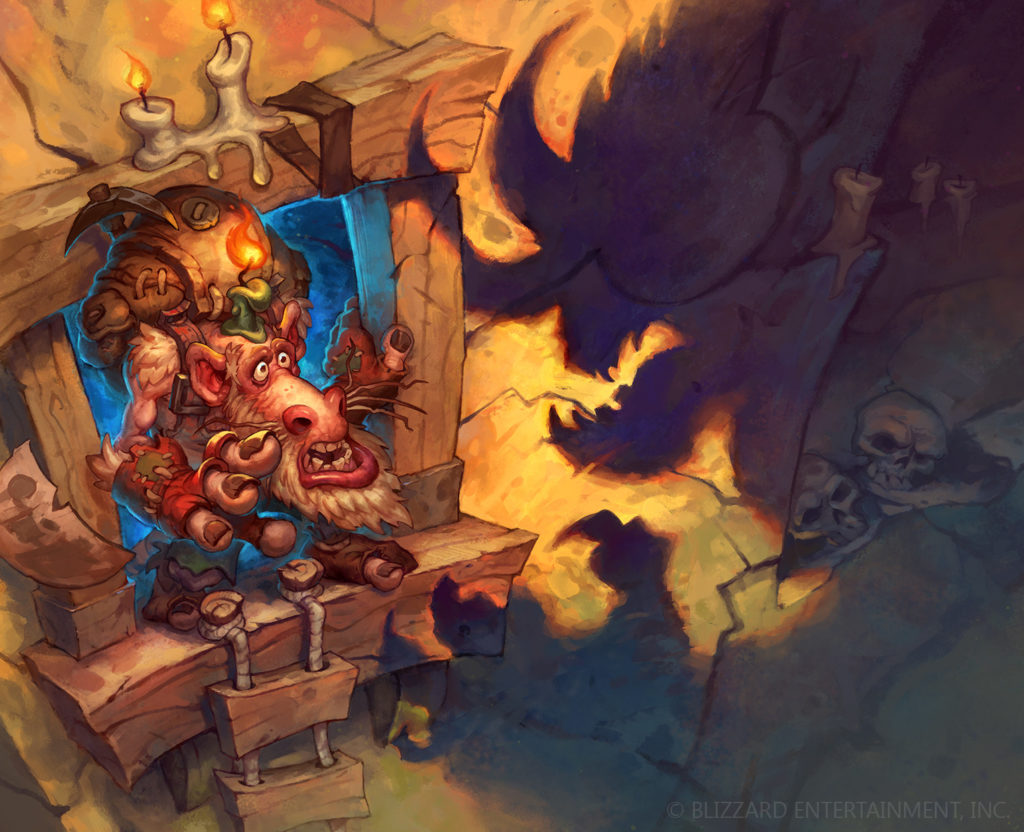