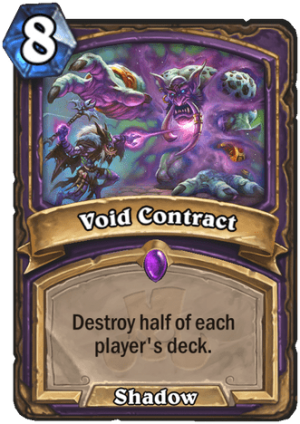 Destroy half of each player's deck.