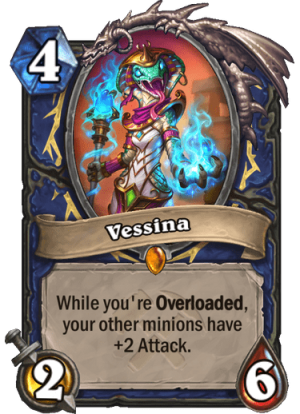 Vessina is a 4 Mana Cost Legendary Shaman Minion card from the Saviors of Uldum set!

While you're Overloaded, your other minions have +2 Attack.

She wasn't happy when Hagatha sent her back to Uldum. But her "angry" hiss sounds like her "happy" hiss, so no one knew the difference.
Tweet