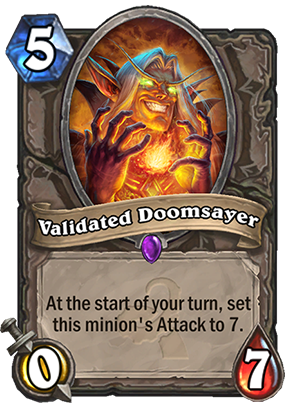 Validated Doomsayer is a 5 Mana Cost Epic Neutral Minion card from the Whispers of the Old Gods set!

At the start of your turn, set this minion's Attack to 7.

Really feels good about himself and is in a much better place now. But… he sure does miss piloting those shredders.
Tweet