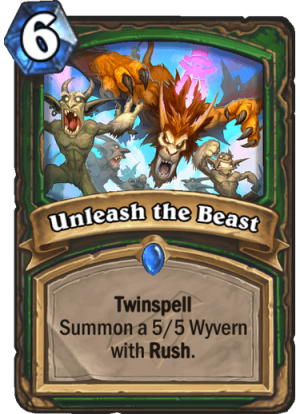 Unleash the Beast is a 6 Mana Cost Rare Hunter Spell card from the Rise of Shadows set!

Twinspell Summon a 5/5 Wyvern with Rush.

The Kirin Tor have always been lax in enforcing leash laws.
Tweet