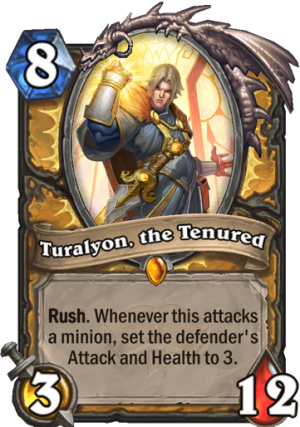 Turalyon, the Tenured is a 8 Mana Cost Legendary Paladin Minion card from the Scholomance Academy set!

Rush. Whenever this attacks a minion, set the defender's Attack and Health to 3.

"Let evil flee before righteousness; let the innocent live in peace. Let the day come when none need fear. For that day, I give my life gladly."
Tweet