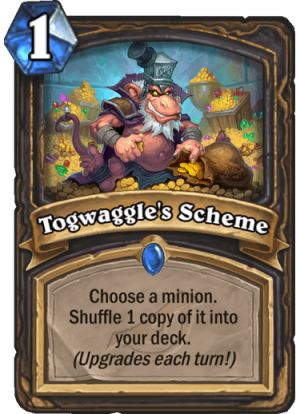 Togwaggle’s Scheme is a 1 Mana Cost Rare Rogue Spell card from the Rise of Shadows set!

Choose a minion. Shuffle 1 copy of it into your deck. (Upgrades each turn!)

"Many minions equals many treasures for king. Kobold arithmetic!"
Tweet 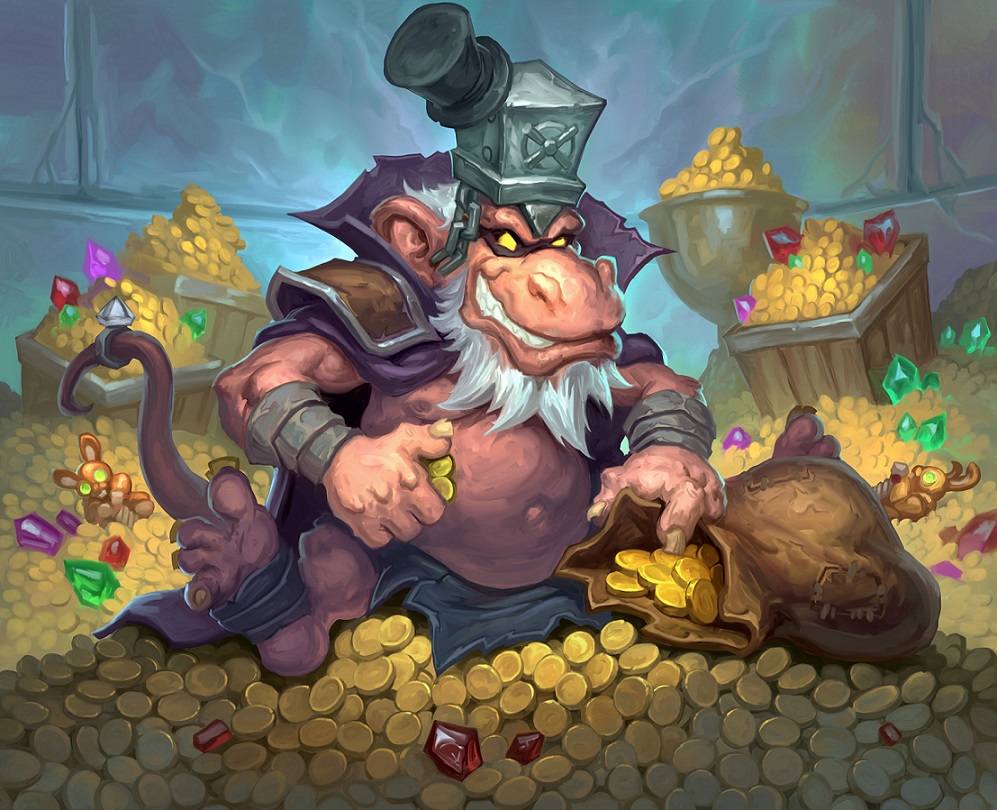