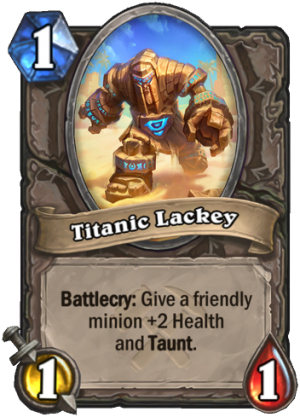 Titanic Lackey is a 1 Mana Cost Free Neutral Minion card from the Saviors of Uldum set!

Battlecry: Give a friendly minion +2 Health and Taunt.