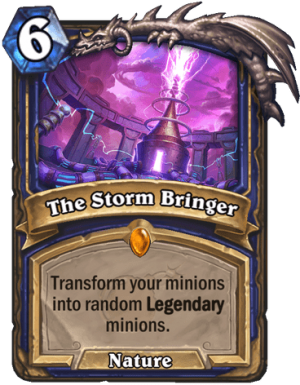 The Storm Bringer is a 6 Mana Cost Legendary Shaman Spell card from the The Boomsday Project set!