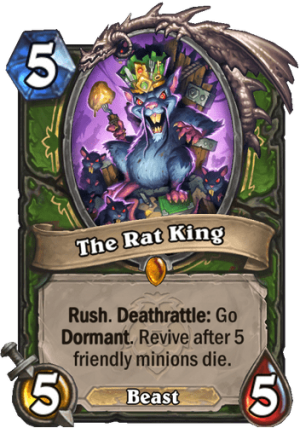 The Rat King is a 5 Mana Cost Legendary Hunter Minion Beast card from the United in Stormwind set!

"I'm the giant rat that makes all of da rules!"
Tweet