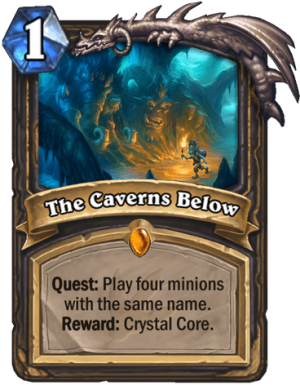 The Caverns Below is a 1 Mana Cost Legendary Rogue Spell card from the Journey to Un'Goro set!

Why can't it ever be The Taverns Below?
Tweet

Cards Relating to The Caverns Below